CENTER OF THE UNIVERSE (2) 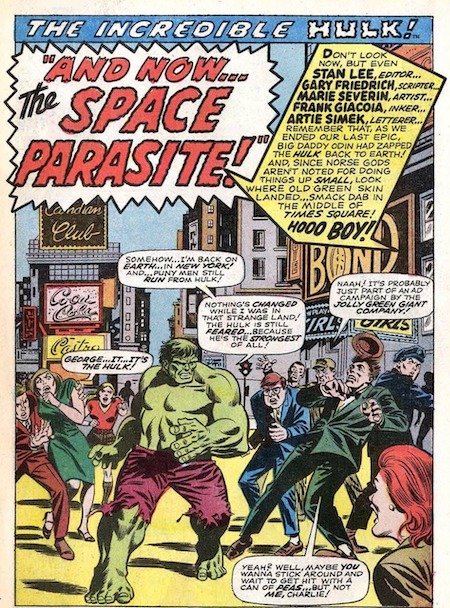 The Hulk returns from Asgard and lands in Times Square at the beginning of 1968’s Incredible Hulk #103, by Gary Friedrich, Marie Severin and Frank Giacoia. The Bond clothing store seen here was open from 1940 to 1977; the Canadian Club billboard was there from 1952 to 1977.