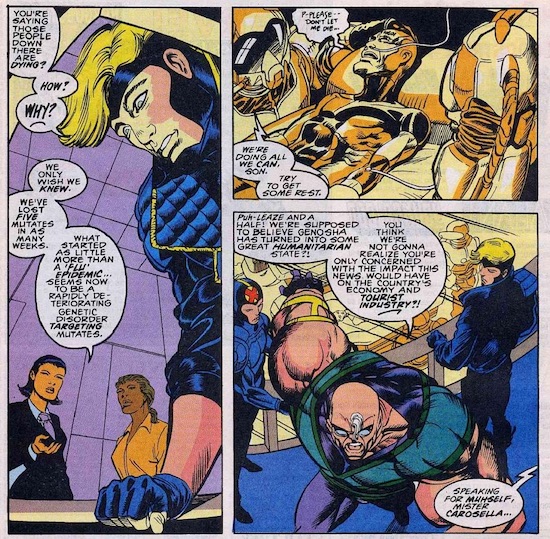 One of the earliest appearances of the Legacy Virus (the mutant-killing virus that was a presence in X-Men and related series for close to a decade) is this scene in X-Factor #90, May, 1993, by writer Scott Lobdell, penciler Joe Quesada, inker Al Milgrom and colorist Tom Smith. 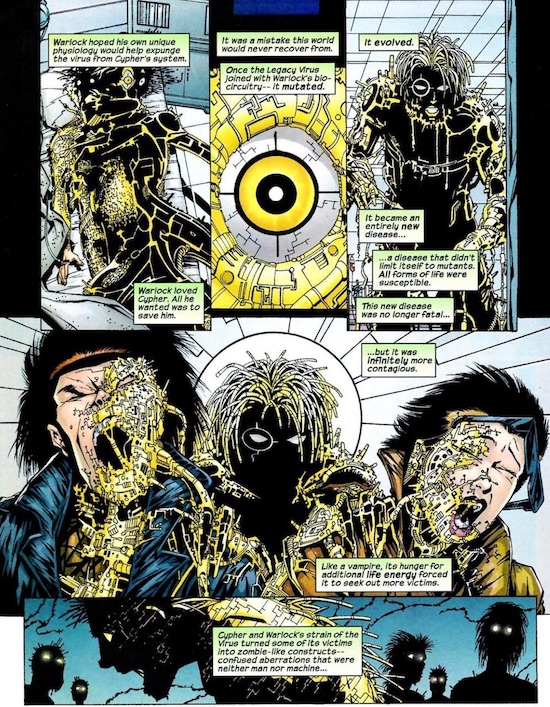 The Legacy Virus and the Techno-Organic Virus combine into “an epidemic that eclipsed the Black Plague” in Exiles #20, February, 2003, by writer Judd Winick, penciler Jim Calafiore, inker Jon Holdredge and colorist Transparency Digital.