CENTER OF THE UNIVERSE (6) 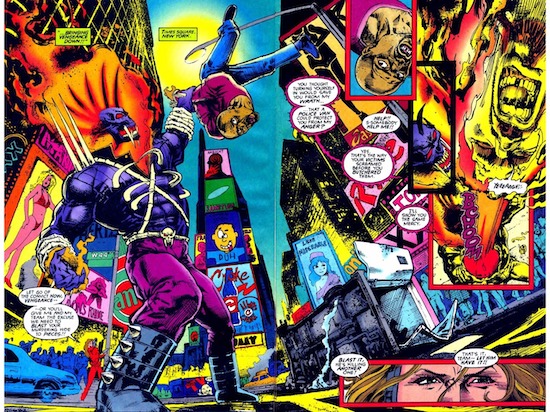 There’s more supernatural weirdness in Times Square in 1995’s Marvel Comics Presents #174, by Chris Cooper (now probably better known as Christian Cooper) and Fred Harper. Here, the ads are a bit altered, and the triple-X movie marquee is slightly anachronistic: the adult theaters had left the real-world Times Square by that point.