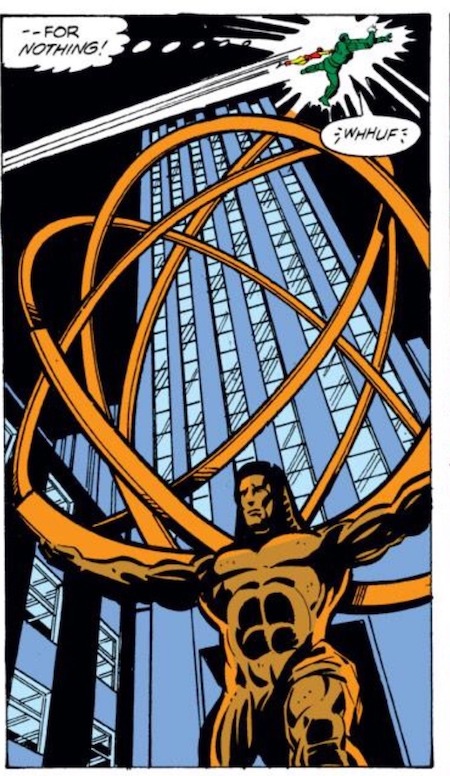 Lee Lawrie’s sculpture Atlas appears during the fight (at Rockefeller Plaza) between Iron Man and the Titanium Man in Iron Man #135, 1980, by David Michelinie, Jerry Bingham and Bob Layton.