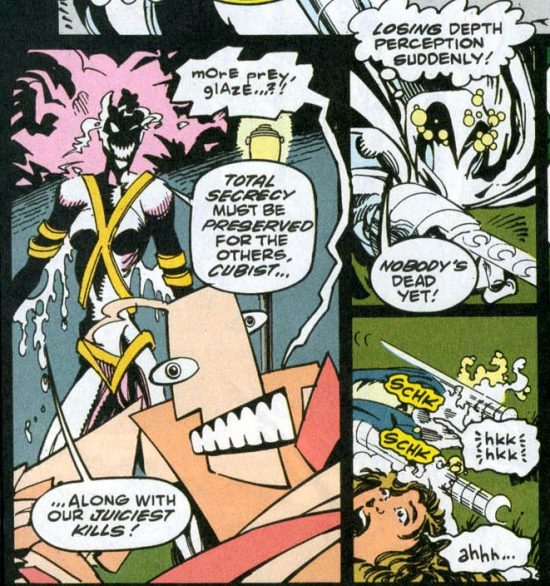 Sadly, the supervillain Cubist has not appeared since the two-part story that began in 1993’s Marc Spector: Moon Knight #52, by Terry Kavanagh, James Fry and Chris Ivy.

Douglas Wolk is an arts critic and comics writer in Portland, Oregon. He's the author of Reading Comics, Live at the Apollo, and the forthcoming All of the Marvels: A Guided Tour of the Biggest Story Ever Told. Twitter: @douglaswolk