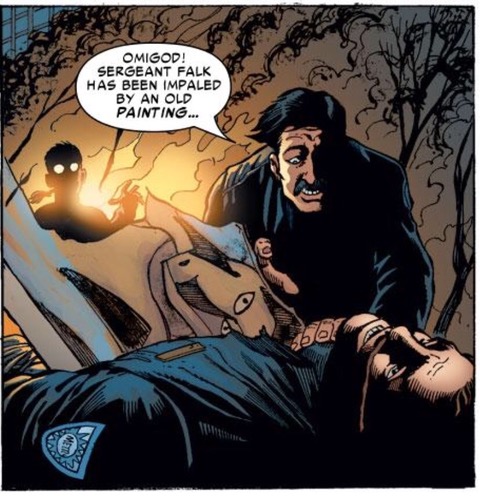 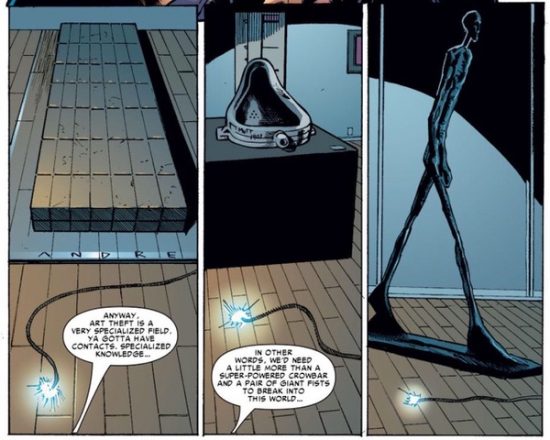 Toxin #4, 2005, by Peter Milligan, Darick Robertson and Rodney Ramos, features Picasso’s Les Demoiselles D’Avignon as a murder weapon, as well as appearances by Giacometti’s Walking Man, Duchamp’s Fountain, and an unidentified Carl Andre work (it’s almost Equivalent VIII, but not quite, and did Andre’s work ever include a signed clear plastic base?).