Between 1966 and 1970, Jim Steranko drew seven complete Marvel comic books — four issues of Nick Fury, Agent of S.H.I.E.L.D. and three of Captain America — and stories in 22 other issues. Comics artists have been drawing tributes to his work ever since. Steranko is particularly known for his cover art, but this series spotlights other artists’ homages to his interior page design.

The love scene between Fury and the Contessa from 1968’s Nick Fury, Agent of S.H.I.E.L.D. #2 is one of Steranko’s most celebrated pages — not least because an attempt to defuse its innuendo backfired (the phone was originally off the hook, and the final panel with the holstered gun was an editorial emendation for an image of the lovers embracing). They restaged it in 1983’s Uncanny X-Men Annual #7, by Chris Claremont, Michael Golden, and a host of inkers. A variation on that page also turns up in Guardians of the Galaxy #11, 2016, by Brian Michael Bendis and Valerio Schiti; 2013’s Deadpool #13, by Gerry Duggan, Brian Posehn and Scott Koblish, includes a sneaky burlesque of it. 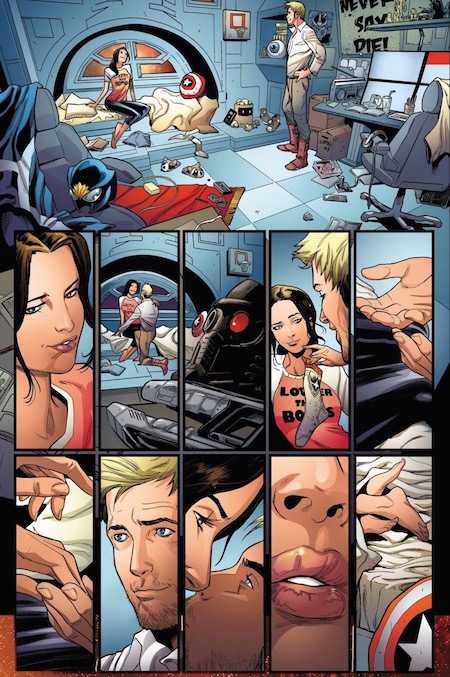 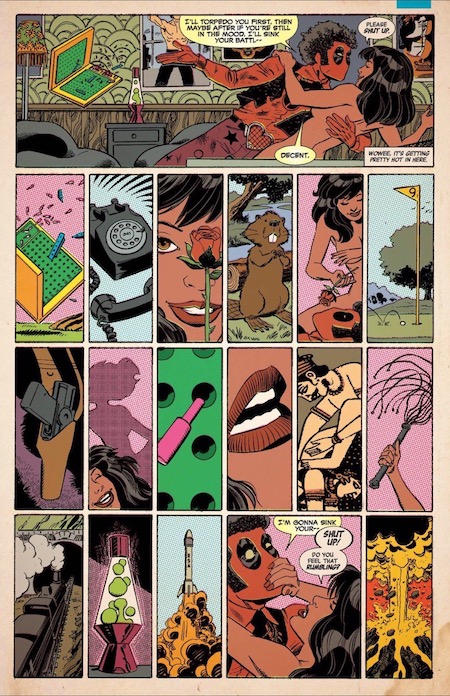