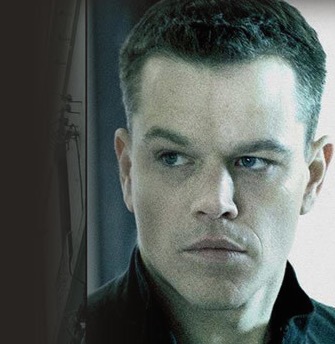 THE GODDESS OF MEMORY SPEAKS TO JASON BOURNE

I come to you by day in vision-jags
and headaches.
I come to you by night in sweats and
bed-aches,
aches that the Goa breeze
cannot ease,
nor the compassionate eye
of Marie Helena Kreutz, who is about
to die.

The ocean is my daughter,
which is why you often find yourself in
bodies of water.
For instance, you were adrift,
floating in the Adriatic like an existential
crouton.
But Love gave you a lift:
a force beyond the purview of Sir Isaac
Newton.
Into a friendly boat you were hoisted,
dried out and de-moisted,
and I came to you in hints and spots,
as you discovered that you were quite good
at tying knots.

Homeless as a bedouin
you took flight into the feminine.
Pamela Landy knows your real name.
Nicky Parsons helped you. She’s a forgotten
old flame.
What are the implications for mental health
of being an amnesiac super-functional self?
In the heart of my palace, right under my
throne —
that’s the place where you to your self
become known.