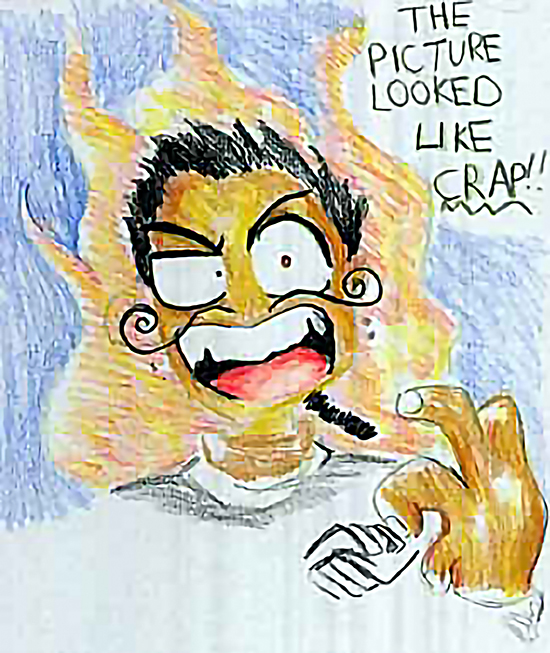 Carlos had asked me a number of times to go with him to the Boys & Girls Club. I was a surly teenager and felt acutely impoverished and small in everything I did. High school gave me enough angst already, why would I want to get to know more kids outside of school?

But Carlos was tenacious: “There’s a guy there, Bill. He’s in the art room. He’s really great.” In those months of gentle nudging, Carlos only mentioned the art room, the place kids would go to work on visual art projects, as a reason to check the club out — and to talk to this Bill guy. I finally caved and he accompanied me one day after school to a run-down community building in the Mission District.

Bill was in his 60s at the time, wore tasteful sweaters, slacks, and loafers always, and kept his hair and mustache meticulously coiffed. The only radio station I ever heard him listen to was KKSF 103.7, smooth jazz. Bill was sprightly and energetic and kept the room neat despite the kids much younger than me tearing into the art supplies all day.

He painted like a master, was a boxer in his youth, and had one of the sharpest tongues I’ve ever experienced. He seemed to hate overconfidence and meanness, and I heard him verbally take down fellow teenagers in ways we’d gossip about later if he caught any whiff of that dookie in his room.

But he liked Carlos and me and treated us more like art mentees, shaking our hands to greet us and “give us our respect.” He’d offer a hearty “Fuck ’em!” as advice whenever we became overly concerned about people who didn’t matter and he gave us guff if he sensed we halfassed a drawing. He knew when we weren’t working at our best: It had never occurred to me that if I felt I drew sloppily, it would be reflected in the actual work, because before that point, it honestly didn’t seem like people noticed or cared.

Bill loved to drop art wisdom in the form of phrases that I still abide by to this day, the one I find extra notable in my older age being “you walk on water ’cuz you know where the rocks are.” And the thing is that Bill was teaching us where the rocks were: I was at the lowest point of my life and here was the first honest-to-god mentor I had. The direct lessons about the art were important, yes, but I also learned that I was valuable enough to use the nice art supplies. That it wasn’t a gaffe to have me draw on a nice piece of illustration board, even though my work was not “fine art.” That it’s useful to take criticism but useless to take shit.

And I’m still getting the hang of it, but I’m lucky there have been so many rocks on my path.

[Illustration courtesy of the author, about which, she explains, “Drawing of Bill that Carlos and I collaborated on during one of those moments that Bill was calling out our shoddy work. He just looked at what we were drawing mid-rant and laughed.”]

See All Posts by Marguerite Dabaie

Marguerite Dabaie is an illustrator and editor based in Brooklyn. mdabaie.com