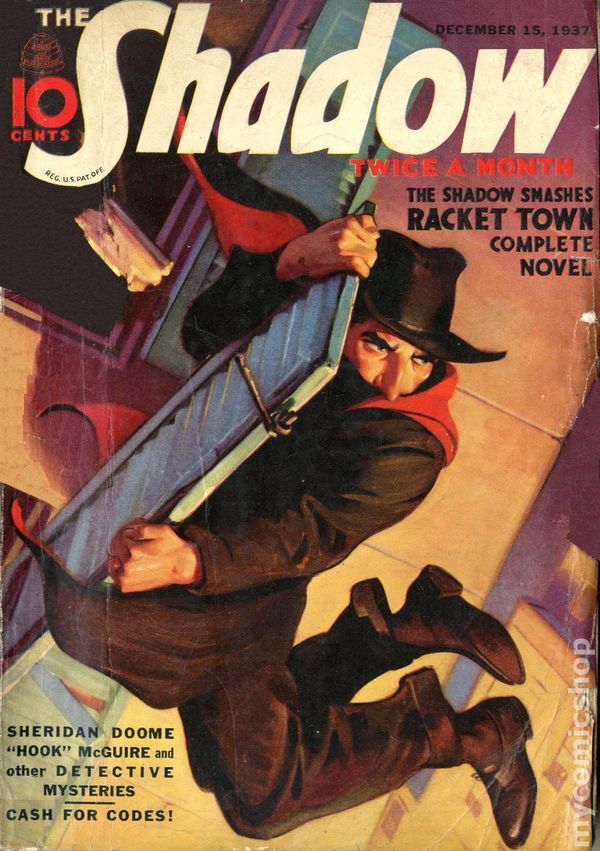 Who knows what viruses lurk in the respiratory droplets of men? The Shadow knows. A former aviator who fought for the French during World War I, Kent Allard experienced the great influenza pandemic of 1918-19 firsthand, watching helplessly as far more soldiers died from the Spanish Flu than from combat casualties. Armed with Colt .45 pistols and magician tricks, beginning in the early 1930s, the Shadow worked tirelessly to flatten the curve in New York. He joined the Antiviral Alliance in 1940, around the time that Sandman left for the Justice Society, and quickly became the group’s new leader.

PS: Wonder why so many people mistakenly think it’s OK to wear their mask underneath their nose? Unfortunately, the Shadow helped popularize this foolish behavior.

First comics appearance: June 17, 1940
Publisher: A syndicated daily newspaper comic strip
The strip’s story continuity was written by Walter B. Gibson, with plot lines adapted from the Shadow pulps, and the strip was illustrated by Vernon Greene. The Shadow debuted on July 31, 1930, as the mysterious narrator of the radio program Detective Story Hour.