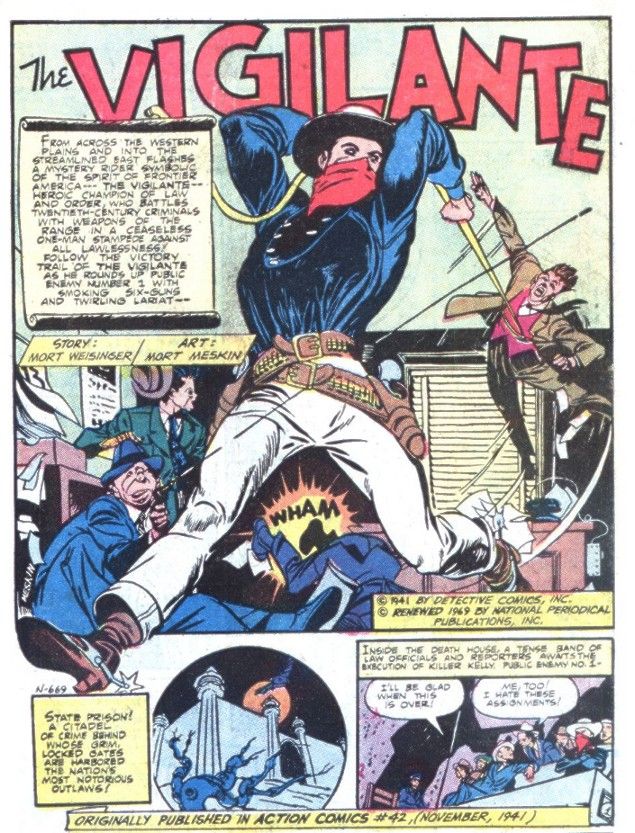 The Vigilante was one of the last to join the Alliance, in late ’41 — just weeks before Adolf Hitler and Nazi Germany declared war on the United States. In his never-ending quest to fight the spread of infectious disease caused by airborne viruses, Greg Saunders employed “weapons of the range.” Sure, Greg’s mask wasn’t the safest one possible… but he meant well. PS: The Vigilante was also a member of the Seven Soldiers of Victory, none of whom wore proper masks.