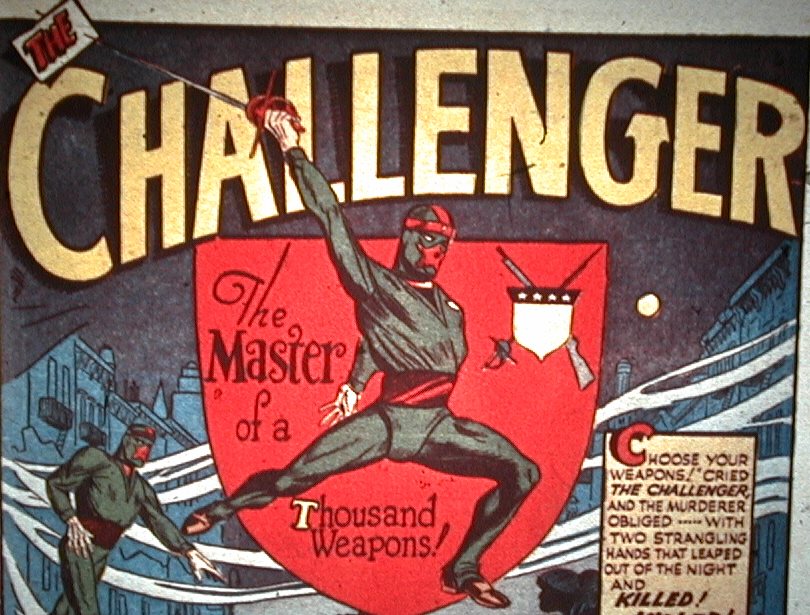 The Challenger was part of the final wave of properly masked adventures who joined the Alliance in 1941. He was a law student whose back story was similar to Batman’s. When his father was murdered by the mob, he vowed revenge — and traveled around the world learning combat techniques, chemistry, aviation, and “nerve control.” His gimmick was challenging his foes to a duel, using a weapon of their choice — and then besting them with that weapon. So concerned was he about the airborne transmission of viruses that he sewed an extra mask on top of his mask.