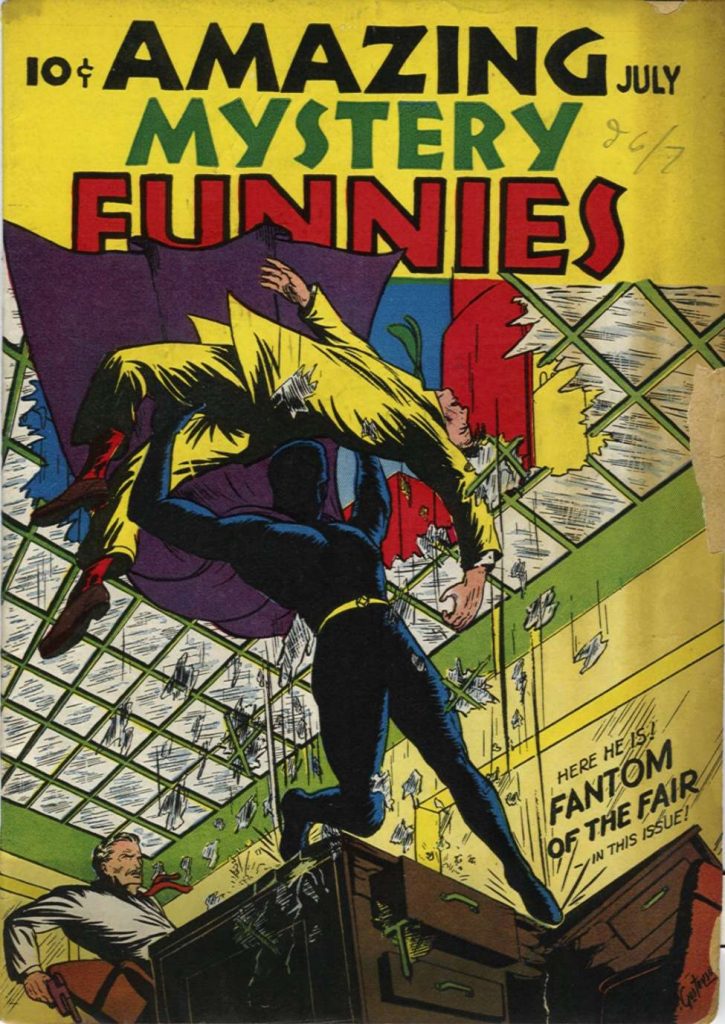 The Fantom of the Fair was — along with The Clock and Sandman — one of the team’s founding members. He was particularly concerned with the threat of virus transmission at the 1939 New York World’s Fair; in fact, he lived in a subterranean chamber under the Fair, and traveled via secret trap doors placed around the fairgrounds. (His powers: stealth, teleportation, emotional manipulation.) Long before the Black Panther came along, the Fantom wore a black bodysuit with a black mask over his entire face.

PS: How did the Fantom spot people who weren’t doing their best to flatten the curve? He kept an eye on things aboveground via his “crimetracking televisor” — an idea later borrowed by Walt Disney, another master of emotional manipulation, for his theme parks.