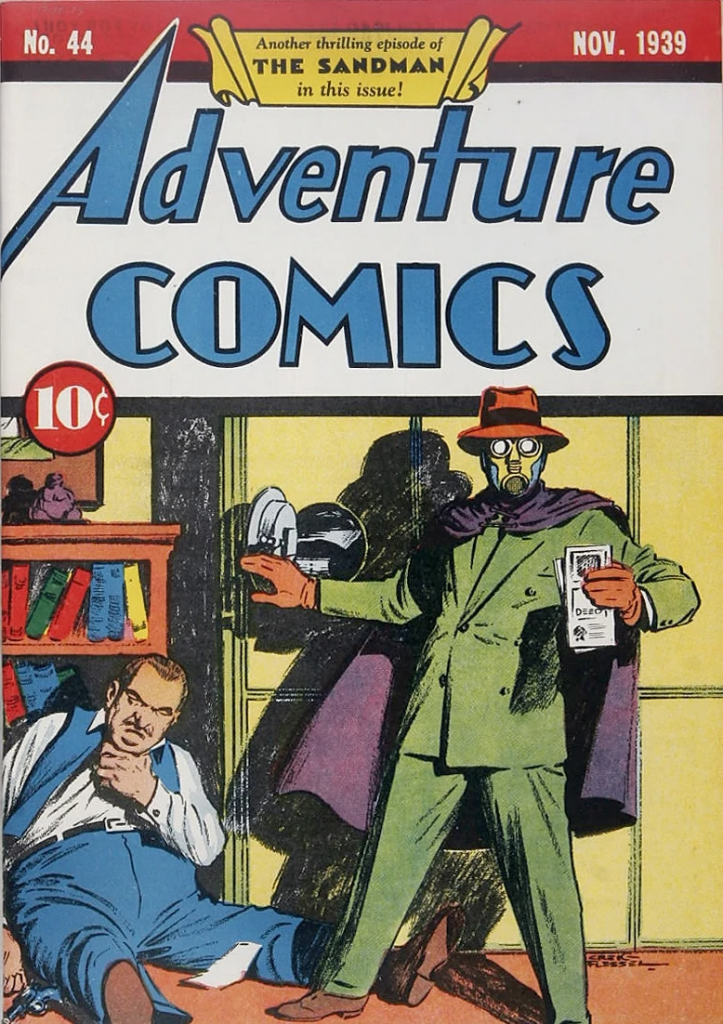 Wesley Dodds, aka Sandman, was one of the Alliance’s three founding members in 1939… and the one who took airborne viruses the most seriously. Unlike many of those who’d join the group in 1940–1941, the crimefighter in the natty green suit and fedora possessed a keen understanding of how the spread of viruses can be prevented. Which is why he adopted a gas mask — the most extreme measure taken by any of his comrades. Which is why The Clock and the Fantom of the Fair deferred to him on all important team decisions. Although he would leave the Alliance for the Justice Society in 1940, Dodds will always be remembered as the first leader of the world’s first superhero squad.