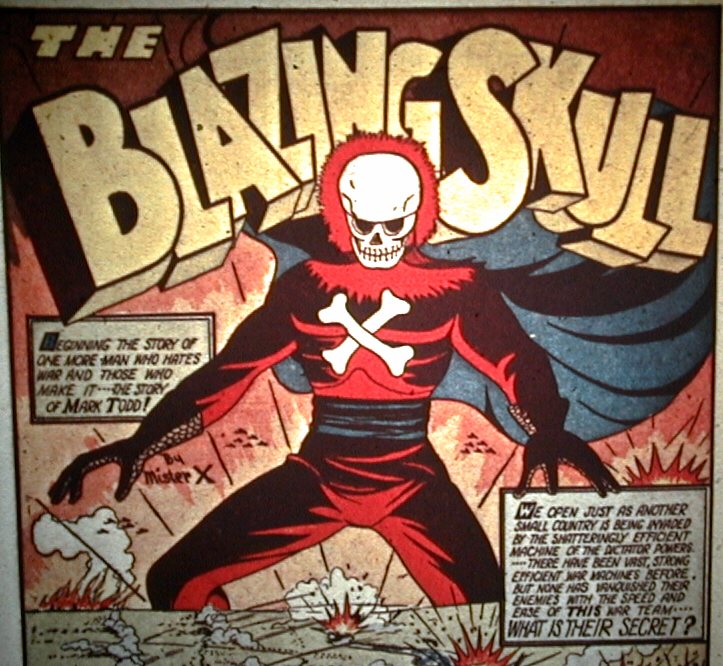 Mark Todd, an American journalist who — while stationed in the Far East, learned the “marvelous lore” of the fabled Skull Men — joined the AA in March 1941. (He was part of the pre-Pearl Harbor wave of new members that included The Challenger, The Thunderer, Dr. Nemesis, the Human Bomb, and Vigilante.) As the Blazing Skull, Todd fought a private war against war-mongers — while doing his part to stop the spread of airborne disease. He was an immediate fan favorite… but a scant few months later, when the Japanese bombed the American fleet in Pearl Harbor, Todd’s antiwar stance no longer seemed admirable. He was phased out after a mere 6 appearances.