Poor Kinks Mason! The butt of jokes already because of his suggestive nickname — a divers’ in-joke referring to the dangers of a kinked air hose, as far as I can tell, but nobody could be expected to believe that — Kinks did his best to aid the Antiviral Alliance. He certainly had one of the safest masks, viral transmission-wise. However, his skill set was an underwater one — and his sidekick was Battler, a trained seal — so there wasn’t all that much he could really do. He joined the team in 1940, as part of the 1940 wave that included Lady Luck, The Shadow, and the Laughing Mask. 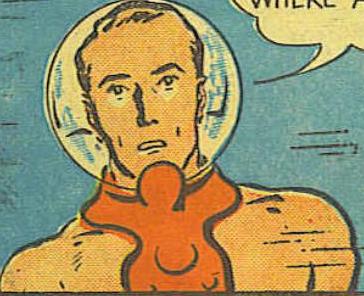