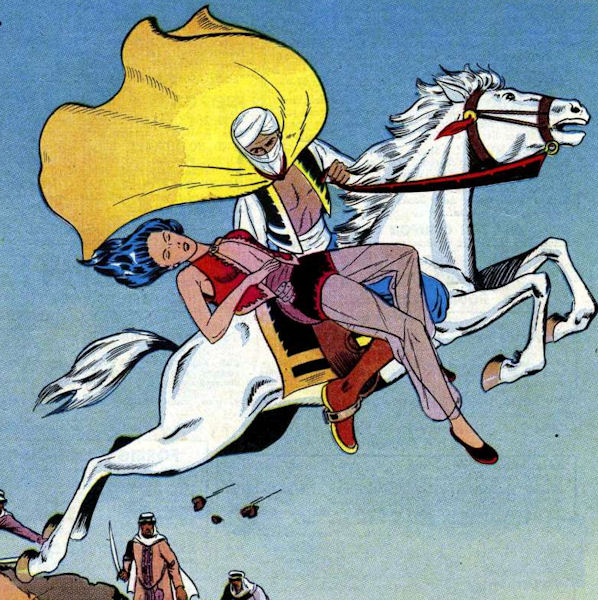 Sensitive to the accusation that theirs was an all-white group, yet hesitant to risk backlash by including an African American or Asian member, in 1945 what remained of the Antiviral Alliance recruited the Desert Eagle aka El Kuraan to their ranks. The Westernized son of a native chief in Arabia, the Desert Eagle (real name Jahn) was eager to do his part to stop the spread of airborne disease, but alas, he’d arrived too late. The Antiviral Alliance had already disbanded by the time he showed up.