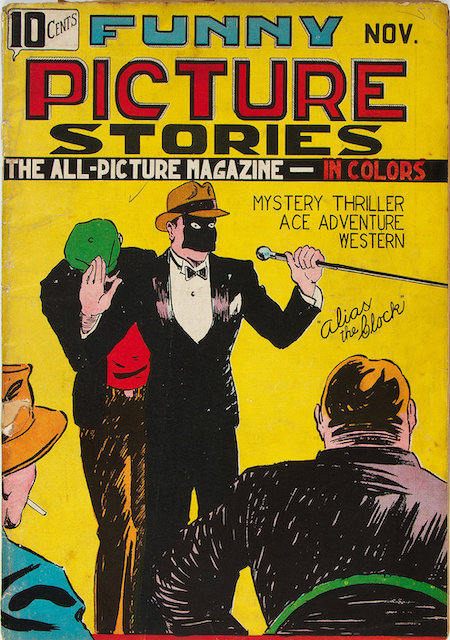 Socialite and hypnotist Brian O’Brien, who as The Clock sported a tuxedo, fedora, and trick cane, was perhaps the first comic-book hero to wear a mask that covered his mouth and nose. Sure, his loose-fitting mask was not particularly effective at preventing the spread of airborne viruses, but… did I mention his trick cane? Inspired by the Moon Man’s example, O’Brien did his best to inspire other heroes to stop the spread of airborne viruses… and was one of the first three members of the Alliance.

PS: One assumes that The Clock’s moniker is derived from period slang for “face.” Or did he use a clock as part of his hypnotic effort?