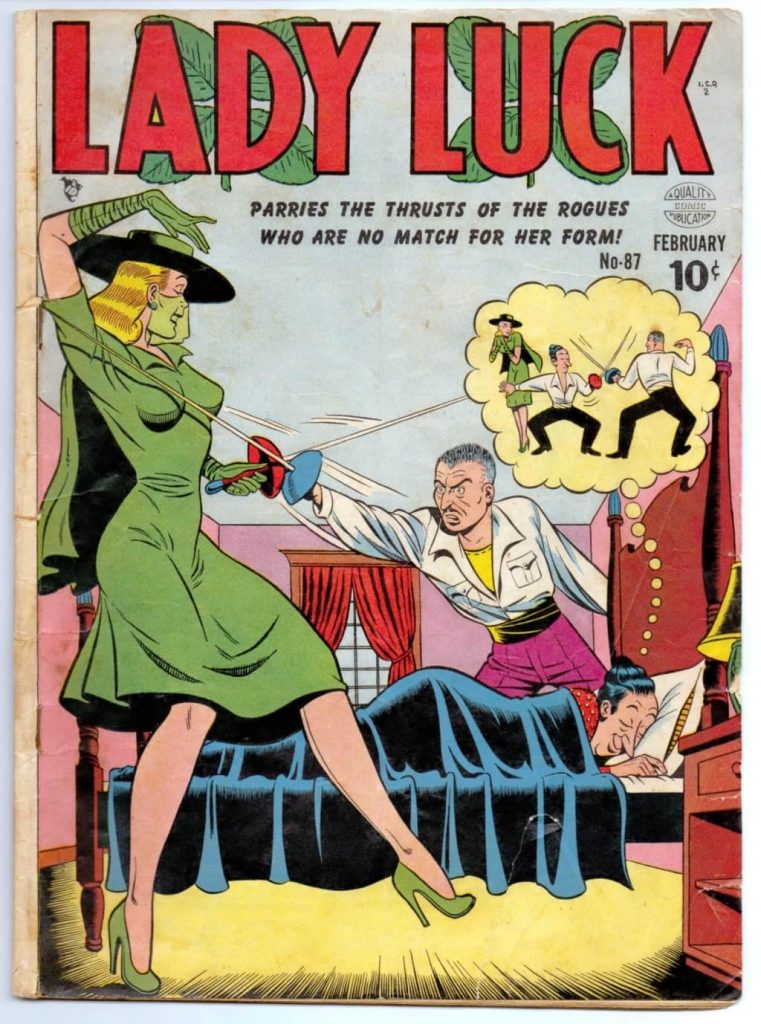 In 1940, after the sudden defeat of France by Germany, the ranks of the Alliance were swelled by a new crop of properly masked heroes. One of these was Brenda Banks, a young Irish-American heiress who rejected her vapid debutante circle, trained in martial arts (and, as we can see here, fencing), and — as Lady Luck — dedicated herself to the cause of preventing the spread of airborne diseases. To that end, her costume included a green veil. As a mask, this wasn’t particularly effective at either preventing disease transmission or concealing her identity.

Creators: Will Eisner with Chuck Mazoujian.