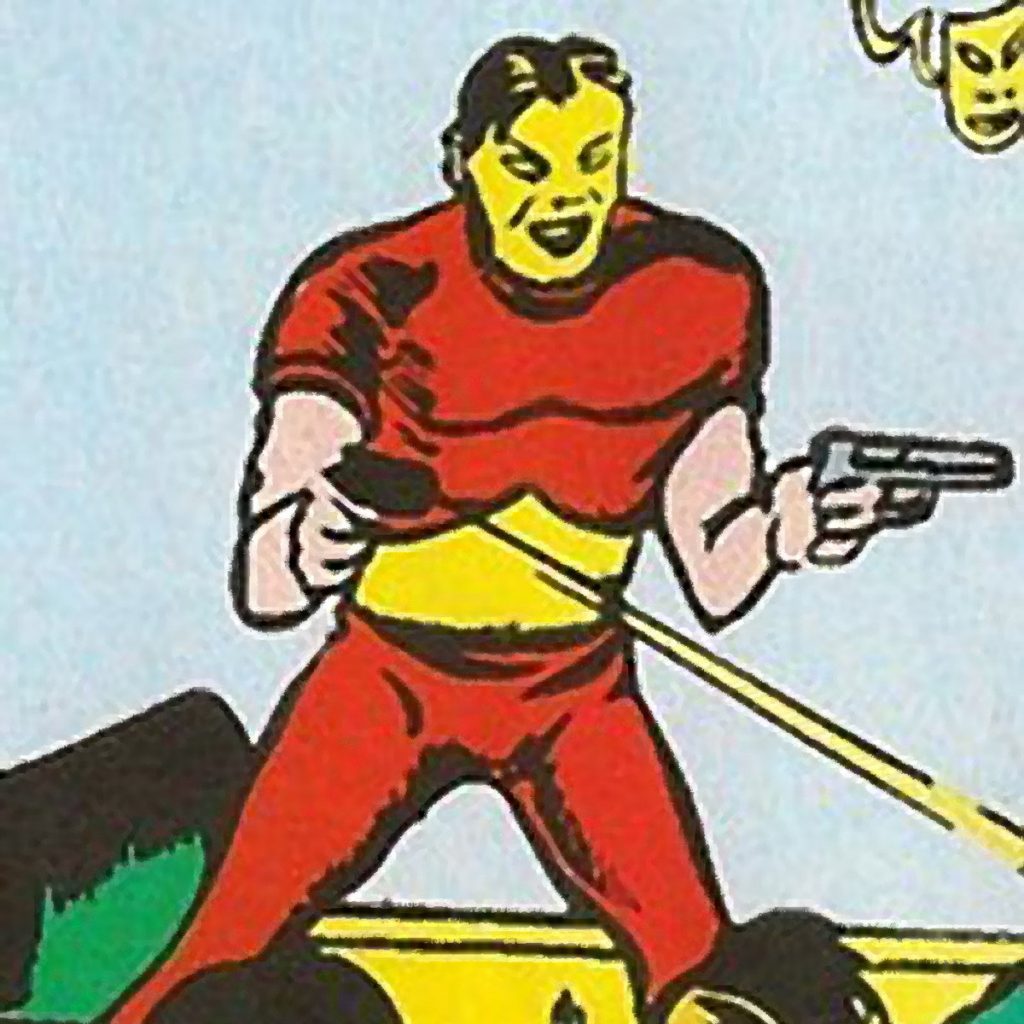 Along with Lady Luck, the Shadow, and Kinks Mason, Dennis Burton joined the Alliance in 1940. A rather disturbing figure, Burton — who called himself the Laughing Mask — was a young Assistant D.A. who, armed with two .45s set about ruthlessly preventing the spread of influenza and other diseases. He was the “Comedian” of the Alliance — a figure whose deeply cynical sense of humor suggested a sociopathic streak.

Fun fact: Although the mouth part of the Laughing Mask’s phosphorescent mask may look hollow/open in the image shown here, in fact it was solid.