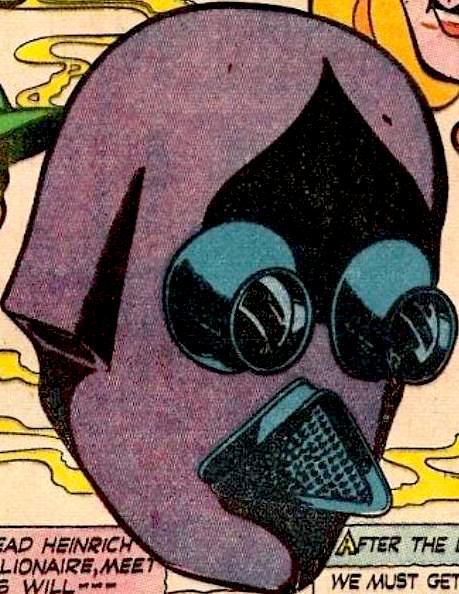 When Tom Woods lost his brother to gangsters’ guns, he swore revenge. He developed a mask that featured a microphone for amplifying his voice, a hearing-amplifier, and photoelectric lenses that gave him X-ray vision. Woods’s mask was second only to Sandman’s in its effectiveness in preventing the spread of airborne viruses. And his hero name — Micro-Face — is one of the best of all time! (It’s a reference to the mask’s microphone, though who could be expected to understand that?) Micro-Face joined the group in ’43, after the US entered WWII. The team was already in decline, by then, and Micro-Face would become its last leader.