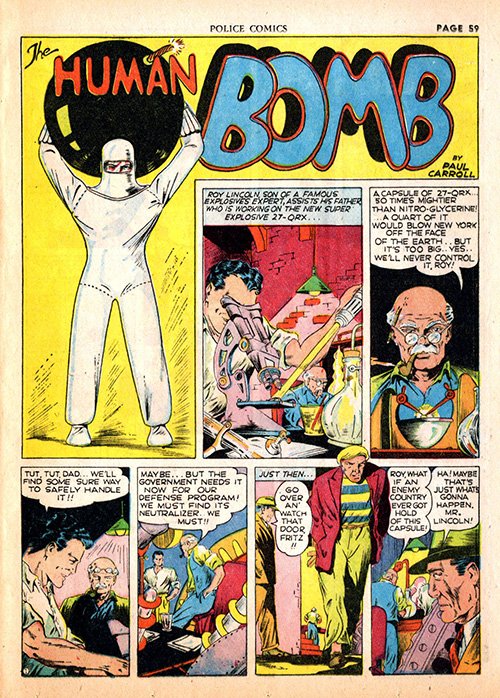 The Human Bomb’s origin is Captain America-esque. While helping his chemist father develop a super-explosive, enemy agents attacked the lab… so Roy Lincoln swallowed the formula. Subsequently he discovered that when he punched — or just touched — something, he could cause it to explode. Wearing a protective suit of “fibro-wax,” which not only contained his explosive power but protected Roy and others from the spread of airborne viruses, he fought criminals, Nazis, the invisible Mr. Chameleon, and an explosive villain known as Yarboe. Lincoln joined the Alliance in August ’41, shortly before the US entered WWII.