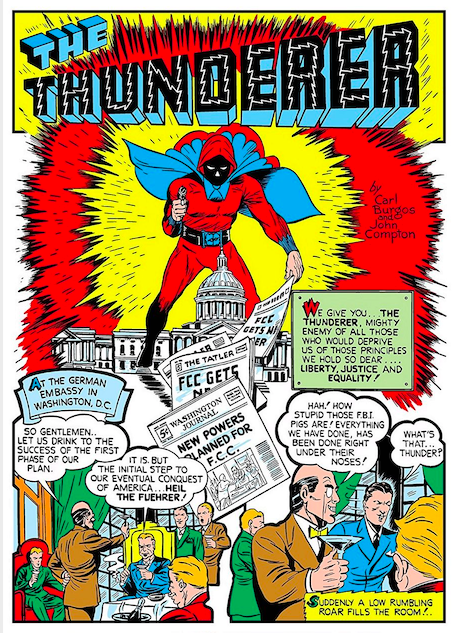 Frustrated that the United States was not taking the risk of airborne viruses seriously, FCC radio operator Jerry Carstairs devised a costume that used sound equipment both to spy on wrong-doers and to amplify his own voice. His face mask, meanwhile, served to protect himself from viruses — and to protect others, should he unwittingly spread a virus. He was part of the final wave of properly masked heroes who joined the Alliance in the months just before the US entered WWII.

PS: The Thunderer briefly changed his name to the Black Avenger.