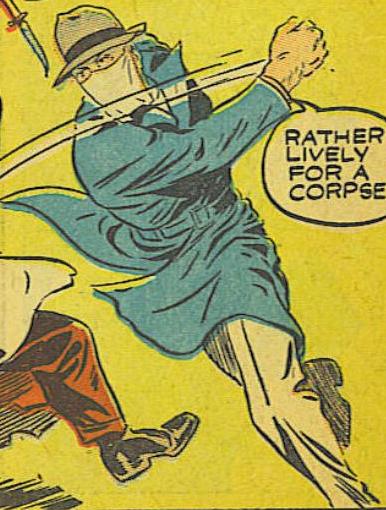 Using the moniker Doctor Nemesis, Dr. James Bradley investigated medically oriented crimes, relying on a hypodermic full of a truth serum he’d discovered… and a powerful punch. (He was particularly concerned with the spread of disease. The Surgeon, who unleashes plague-bearing rats on the city, is one of his nemeses.) However, despite Bradley’s medical expertise and concern with the spread of disease, his mask left much to be desired. He joined the Alliance in 1941, part of the second (and final) wave that included Blazing Skull, The Challenger, The Thunderer, and the Human Bomb.