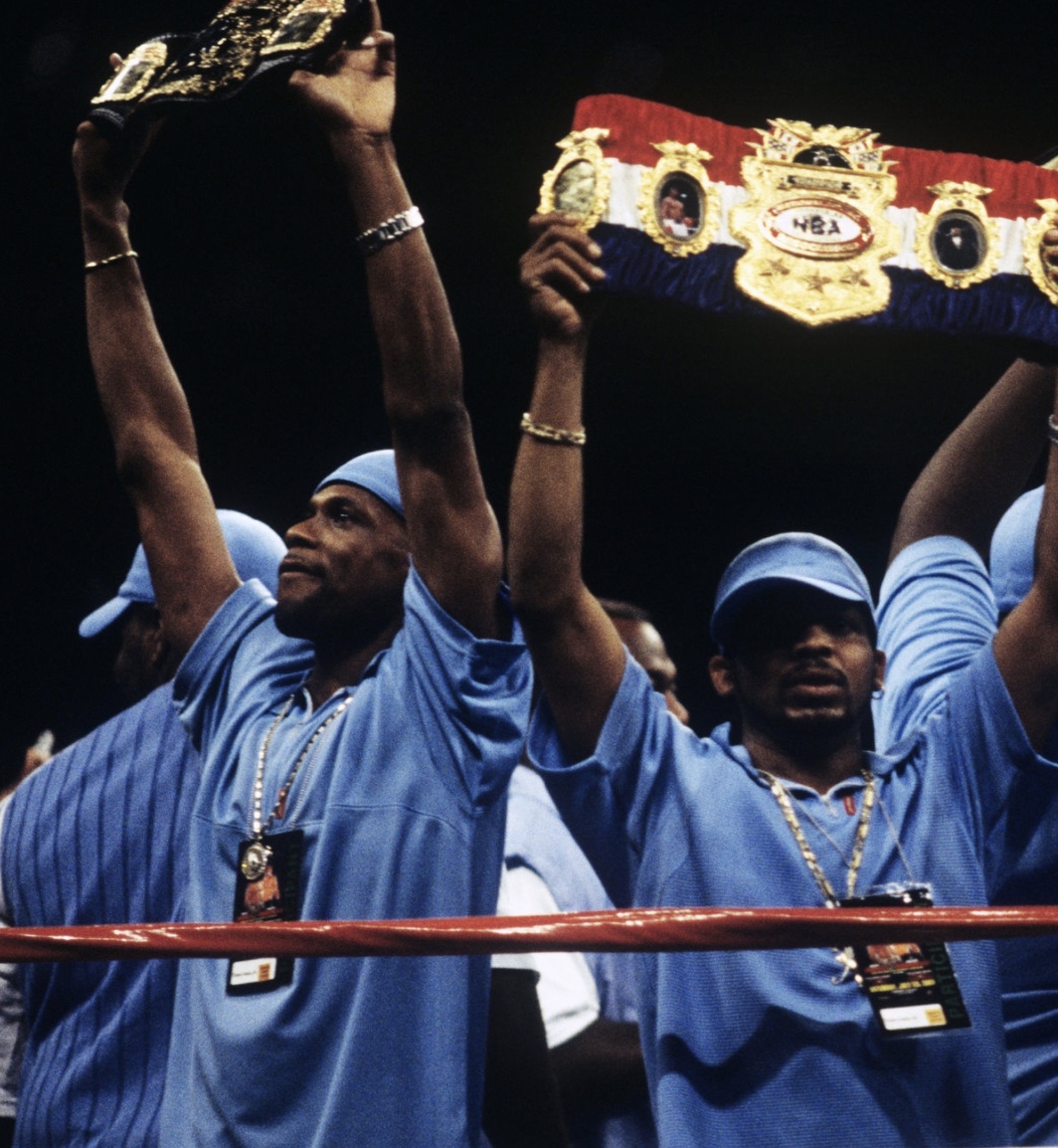 Before a boxing match, the fighters make ritual entrances through the crowd and into the ring. Fighters, their handlers, and those in charge of mounting the spectacle of fight night all obsess over the details of these ring walks because they offer ripe opportunities to say something about who a fighter is and what’s at stake when he fights — about the meaning of the blows he’s already given and taken in his fighting life, and of those imminently to come. During a ring walk, even a brief one in a union hall or chain hotel ballroom, every detail resonates with significance: the clothes and accessories that drape the well-tuned body, the music, the choice of seconds to march with the fighter, and the talismans displayed by these glowering henchmen. Flags, T-shirts, and ball caps are popular, but they’re all just window dressing if there’s a championship belt to brandish.

A belt bearer has prime duty, charged with a totem that intimidates as it informs, reminding us of what’s on the line in the fight while also trumpeting the expertise and experience of the fighter who earned that belt. The bearer, who ideally looks hard enough that he could sub for the fighter if necessary, flexes and micro-nods to himself as he walks, as if to say That’s what I’m talking about, people. Consider my abundant fearsomeness, and then consider that I am merely a member of the retinue — a favored member, yes, and without question terrifying in my own right, but just one of the boys. How much more fearsome must my liege lord be?

And yet, a whiff of sheepishness clings to belt bearers. It emanates in part from the belts themselves, which typically have the sheen of stained wet plastic and are inset with ostentatiously fake baubles of the sort used to gussy up dollar-store princess dresses. It’s as if the issuers of the belt want to make the object as disappointing as possible to remind the fighter that he’s doing all the work and not getting most of the money.

And even the most blindly partisan fan knows that there are too many belts. The international governing bodies — WBC, WBA, IBF, WBO, and more — have bred world titles down to dog meat by multiplying them for profit, and then there are all the many international, regional, and local variations on that theme: Interim Intercontinental Junior Middleweight Champion, NABA New England Cruiserweight Champion, and so on down to, you know, Provisional Light Flyweight Champion of Acton and Swampscott, Massachusetts.

But it’s not just the proliferation and shoddiness of belts that renders suspect the business of bearing them. Humans do enjoy walking in loose formation with likeminded humans, Reservoir Dogs-style, but the genuine feelings of cameraderie such behavior inspires can’t entirely cover up the fact that the belt bearer is also to some degree an oxpecker. Over his head as he marches up the aisle through the cheering crowd, with death metal or drill rap or a crone croaking an Old Country anthem about a guy who died doing something stupid and brave blasting from the sound system, floats a thought balloon that says See this gloved-up dude behind me in the hooded robe? I have been pecking nourishing tidbits out of his shit for years, dawg. Years.