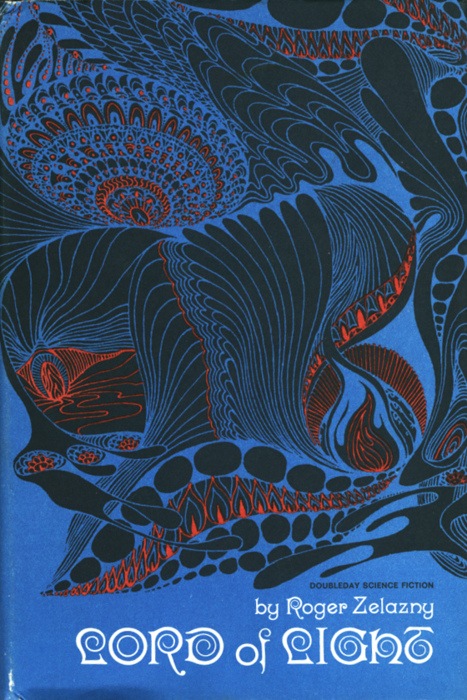 On a planet colonized long ago by the South Asian crew and passengers of the spaceship Star of India (hailing from “vanished Urath”), some of the humans artificially evolve themselves into immortal, godlike beings — who conquer the planet’s indigenous races (characterized as “demons”) and force the descendants of the un-evolved crew and colonists into a Hindu-like caste system. All of this occurs over a vast span of time; the book is epic in scope — in fact, two of the chapters were first published as stand-alone novellas in the Magazine of Fantasy and Science Fiction. Eventually, the crew members assume the powers and names of Hindu deities; their main concern is preventing enlightenment, and scientific or technological advancement among their human subjects. However, one of the crewman rejects godhood, and — again, over time — introduces Buddhism to the masses as a liberatory wake-up call.

Fun fact: Winner of the 1968 Hugo Award for Best Novel. Gordon Dahlquist describes Lord of Light as “dedicated to dragging all wizards out from behind their curtains.” 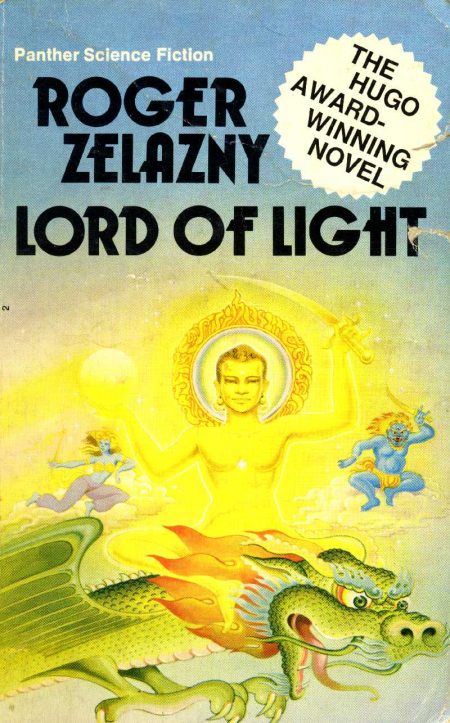