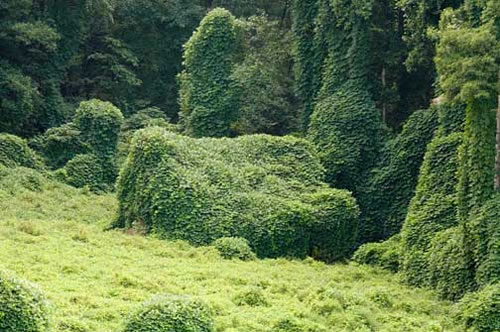 Inglorious, militant,
it overtook our bright
new porch. My father said its stalks

rose “faster than the eye”:
like the body I hated then, and hate.
We had to yank
the screen door off its frame and throw it
away.

That year, in my favorite novel,
the astronauts had trouble
with a single-minded planet whose nerves
were great trees;

it had watched Earth
grow up, and had stored up thoughts
the length of continents,
which, naturally, it took forever to say.

Reprinted from POPULAR MUSIC (1999) by Stephen Burt with the permission of the author and the Center for Literary Publishing at Colorado State University.