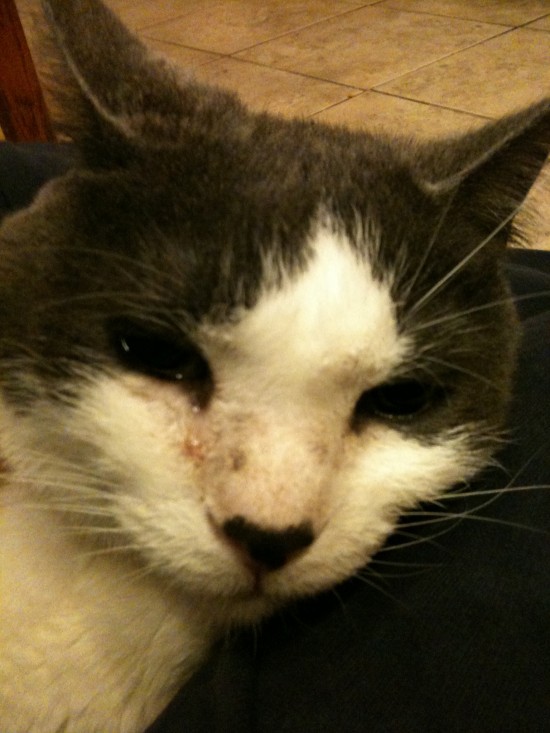 Epic can appear anywhere, at any time. We catch glimpses of that undomesticated compound of heroism and doom in our wily children and our suffering parents, our tragic coworkers and indefatigable friends — and as poet and critic Stephen Burt shows us in the verse below, in our willful, wandering feline companions as well. —Eds.

A long safe life, or glory
and an early grave. Like our silver-grey runt of a cat
who can sulk in his tent, who will hide after every bath,
who stood in our kitchen in triumph, once, having mangled a wren;
who ran out the door again, tonight, and has not yet come home;
who wanted attention, like the wisecracking basketball coach —
Italian, not Greek, and quite mortal — from whom we took his name.
***