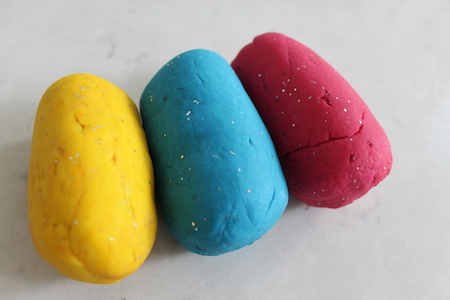 I thought I could be anything.
Like other Americans, I cling
to a sense of myself as always ready
to learn.

I, too, began as the byproduct and glory
of an industrial process, and can turn,
by hand or through an inventory

of hand tools, into candles that do not
burn,
big heads or faceless figures that tell
no story,
propellers that cannot spin,

a sewing machine that will never make a
bedsheet or a skirt,
a tank, a blobby armored personnel carrier,
or a cannonball machine
from an undeclared war where nobody got
hurt.

I also come in fertilizer green
and emergency-services orange. You can
pull me apart
or slice me into discs like nothing in nature,

dead ringers for a miniature gong
inaudible even to my invisible maker.
I can do nothing by myself, and therefore
nothing wrong.

Only half of me is play.
When I stay in one shape for too long
my friends say I’m done, and then
grownups can throw me away.