Popeye, who was not a real person, had a missing Poopdeck Pappy, who was also not a real person, though they both seem pretty real. However, it seems that Popeye had a real brother, from Los Angeles, named H.C. “CLIFF” WESTERMANN (1922-81). Westermann could do pretty much anything Popeye could do but also accomplished a lot that never occurred to Popeye to try. Like inspiring a movement of self-aware folk artists who wished they were as cool as H.C., but who would not have wanted to suffer what he’d suffered en route to becoming Popeye’s brother. As a US sailor in the Pacific in WWll, he saw battleships sink and sailors eaten by sharks; he experienced Japanese kamikaze attacks up close; he walked on his hands while smoking cigars; and he made some of the most- and best-crafted haunted or “touched” art of the 20th century. Westermann’s oeuvre includes laminated wood objects of unnatural presence, mirrors in cages encased in glass boxes with painted on enamel cracks in the glass, tire track-wreathed wooden death ships, an idol to the great American War God, and hard-to-describe follies of carpet and steel. He was an acrobat, a juggler, a hell of a woodcut artist, and he wrote some of the damnedest letters ever — featuring guys with Moxie in their guts and Wildroot Cream-Oil Charlie on their center-parted hair paired up with blondes sporting curvy curves and saucy eyes and who-knows-what under the hood… with buzzards in trees as witnesses. After creating a woodworker’s dream studio, an architectural-sculptural masterpiece, he shuffled off to Buffalo on his front legs (Arf! Arf! Arf!). Like Popeye, though, HC lives on. 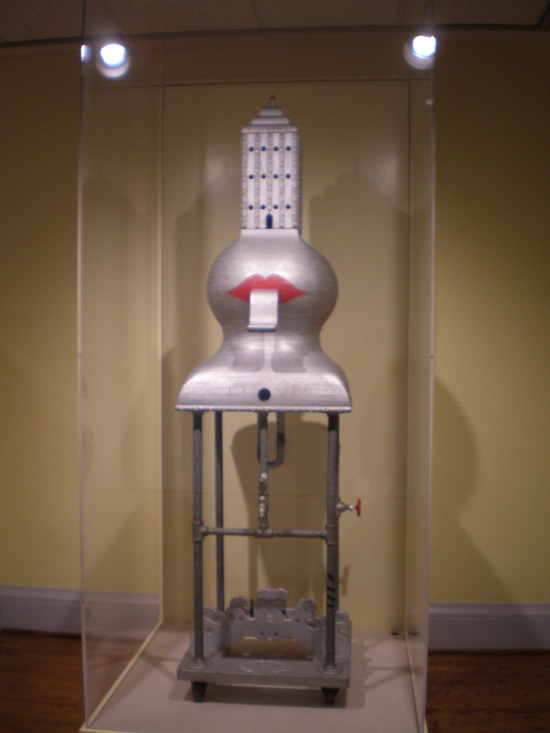 On his or her birthday, HiLobrow irregularly pays tribute to one of our high-, low-, no-, or hilobrow heroes. Also born this date: Maila Nurmi (Vampira).