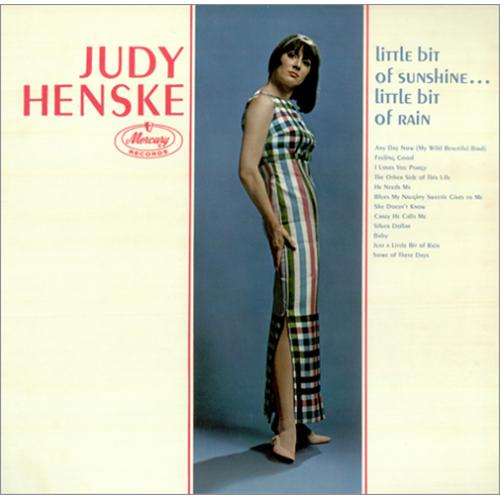 Chippewa Falls, Wisc.–raised JUDY HENSKE (born 1936) was loud and sassy. Often described as “Big Judy,” the six-foot-tall singer-songwriter was a favorite in the folk scene of the late ’50s (she shared bills with Lenny Bruce) and on television in the early ’60s; the media crowned her “Queen of the Beatniks.” Her blues-derived blow-torch songs probably inspired Janis Joplin, and all the ’60s harmonists — including Crosby, Stills and Nash — regarded her with awe from their folk days. Jefferson Airplane had a hit with a psychedelic version of her song “High Flying Bird.” Though she was older than the hippie crowd of eccentric harmonizers who idolized her, Henske and Jerry Yester (of Lovin’ Spoonful) capped the 1960s with an over-the-top baroque psych masterpiece called Farewell Aldebaran (1969). Released on Frank Zappa’s Straight label, the album is a chilling, shattering, enticing roundabout of very odd songs — from lullabies for the end of the world to witchy pop children’s tales and a paean to highwaymen. The title song describes a blazing star woman falling out of the galaxy into darkness and oblivion observed by aliens.

WADE IN THE WATER

On his or her birthday, HiLobrow irregularly pays tribute to one of our high-, low-, no-, or hilobrow heroes. Also born this date: Sidney Hook.