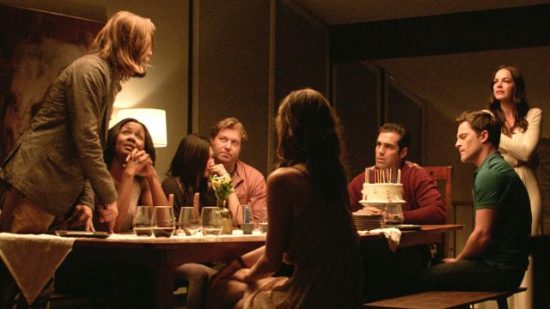 Certain anxieties — fear of flying, vertigo — can get worse with age. Your sense of balance deteriorates. It’s also because you have a clearer idea of what you have to lose, what responsibilities you have to others, and a more detailed picture of what comes after you are gone. I’ve been thinking a lot about The Invitation, since I watched it over the weekend, and the questions it raises about fear, intuition, and social behaviors and expectations. There are a number of smart indie horror films lately but as psychological horror, the film is rare and thoughtful. A few days before seeing it, I tweeted, “Ben Wheatley missed his shot to update High Rise so it takes place in a WeLive complex with 10th floor Juicero bar and Peloton stations.” In some ways, The Invitation is the update to Ballard I was looking for, as it finds horror in a person’s relaxed instincts in social settings. As one review puts it, “it taps into our general distrust of the world around us and how our survival instinct has been muted and ignored in order to maintain the appearance of being polite.”

The Invitation plays kind of like The Anniversary Party mixed with Hitchcock’s Rope. It’s a satire of California and “wellness” but still sympathetic to characters that misstep as they search for meaning in the world in self-destructive ways. I loved how it was paced, like it was deliberately paced wrong. Since it falls in the genre “horror,” even if interstitially, the audience knows where the story is going but the director, Karyn Kusama, makes a number of unexpected decisions before getting there.

There’s a fantastic profile of Kusama in Buzzfeed that reveals how many hoops she has jumped through to make films. Aeon Flux was even taken away from her. Her cut sounds incredible — “a challenging sci-fi romantic thriller with the thoughtful pacing of a highbrow Asian martial arts film” — but new editors came in, she was taken off the project, and only at the end, did producers invite her back to cobble something together to release out of their butchered cut.

In the profile, she talks about seeing Amy Heckerling’s Fast Times at Ridgemont High and Martha Coolidge’s Valley Girl when she was young: “They were a revelation.” I thought about how, almost twenty years later, I would see her film Girlfight, and the films by a bunch of women (many of whom have, like Kusama, gone on to direct Halt and Catch Fire episodes.) Back then, I had no sense of film as a place unwelcome to women because it seemed like they were well represented, but that was just what I was noticing and choosing to see. 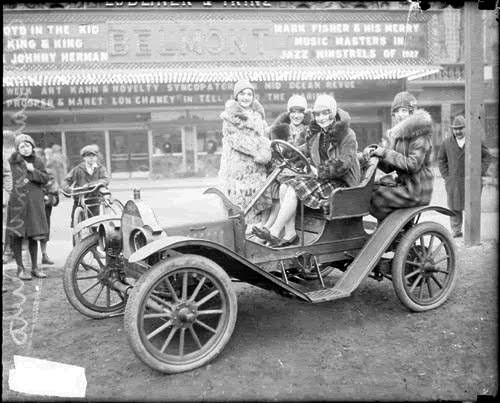 This week, I also watched a documentary on Henry Ford that was just two hours of archival footage and historians talking — but still completely fascinating, because Ford was terrible in a complicated and dramatic way. It goes into his populism, anti-semitism, Fordlandia, his hectoring of his only child, his surveillance of his workforce, and his desire to change the lives of poor people in rural areas by building affordable automobiles. (By the way, a google image search for “flapper driving model t” just gave me so much joy. Recommended.)