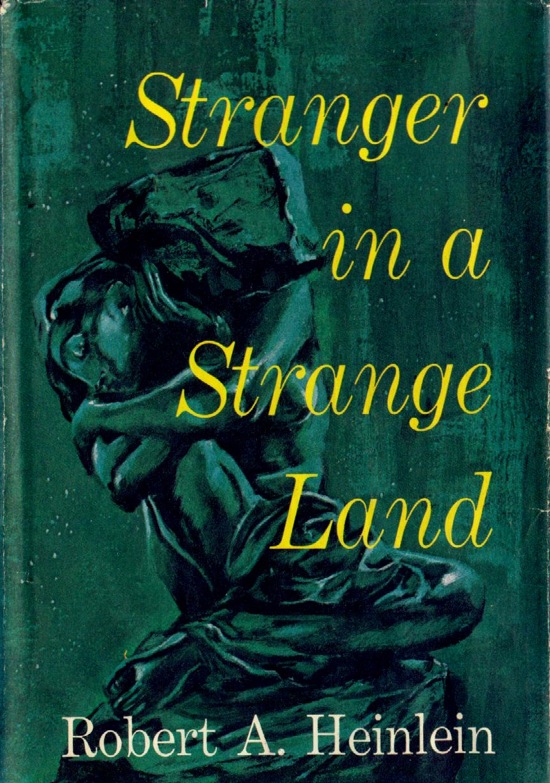 The biography of ROBERT A. HEINLEIN (1907-88) firmly places Golden-Age SF on the grand continuum of Americana: the no-nonsense engineer’s mentality of his Kansas City upbringing, his longing for military service (he graduated from the US Naval Academy but was retired for sickliness in ’34), his brief and failed political career, his dabbling with Hollywood. Critics might accuse him of flirtation with fascism, but the Heinlein who reached me as a kid was not the Boy Scout-like anticommunist of Starship Troopers (1959) but the dirty old man of The Number of The Beast (1980). Heinlein gave us two of our most prominent SF tropes: space travel as Naval metaphor, and sexy SF-for-adults. Without Heinlein, there would be no Star Trek with its studly Kirk and Starfleet Academy, no Battlestar Galactica with its sexualized androids and submarine-movie conventions. And, of course, no Omni.

On his or her birthday, HiLobrow irregularly pays tribute to one of our high-, low-, no-, or hilobrow heroes. Also born this date: Marc Chagall | Hank Mobley |