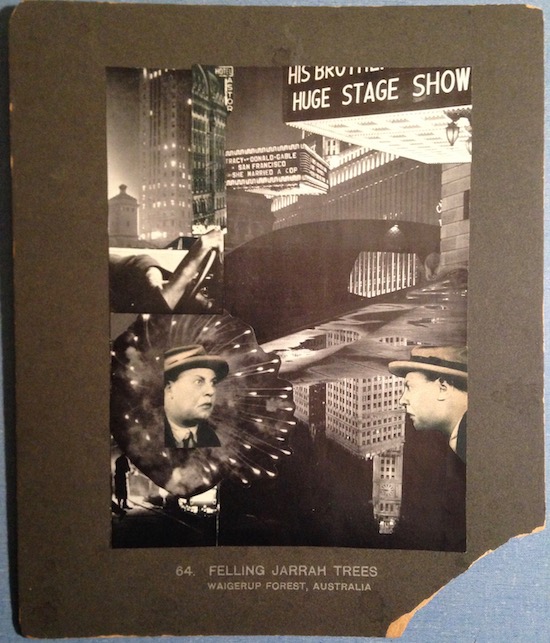 This collage, which I made for a friend, is pure pastiche. I usually tend to avoid those — the 1950s Americana pastiche, for one, has been done to death and back. But this one seemed unusually rich and complex, almost as if it had been made at the time by someone else. I could call it my homage to the Weimar Republic. The frame is one of those gravures mass-produced by the Field Museum in the 1910s and easy to find in junk shops even now. The component pictures, 90% of them, are from a German booklet on night photography from the ’30s that I’ve had since I worked at the Strand Bookstore more than forty years ago. The main character (and his double) is from some silent Weimar movie the name of which I can’t recollect just now.