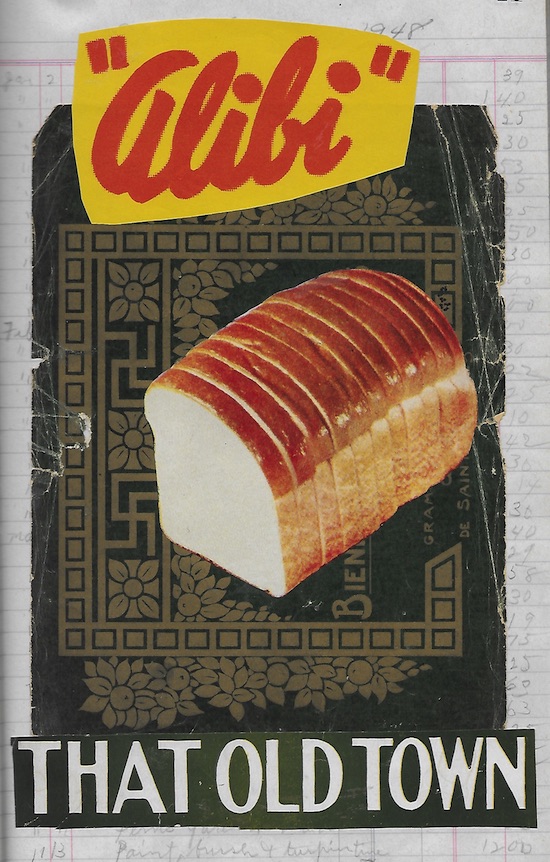 This was one of the first pieces I made in resurgent collage mode three years ago, after I bought an old ledger (with its former owner’s deeply sad late-1940s accounts) at a junk shop in Penn Yan, New York. The ledger, for reasons of its own, just ordered me to start making collages again, quickly and without thinking about what I was doing. I slapped this together in five minutes: “Alibi” from a movie poster, the bread from a Life ad, the bottom line from pre-1914 sheet music, the backing from an old devotional book that had belonged to my grandmother. It was only after it was done that I noticed the almost subliminal swastikas (the book was published in 1898), and that from associating those with the words and the bread you could contrive a partial and evanescent kind of meaning.