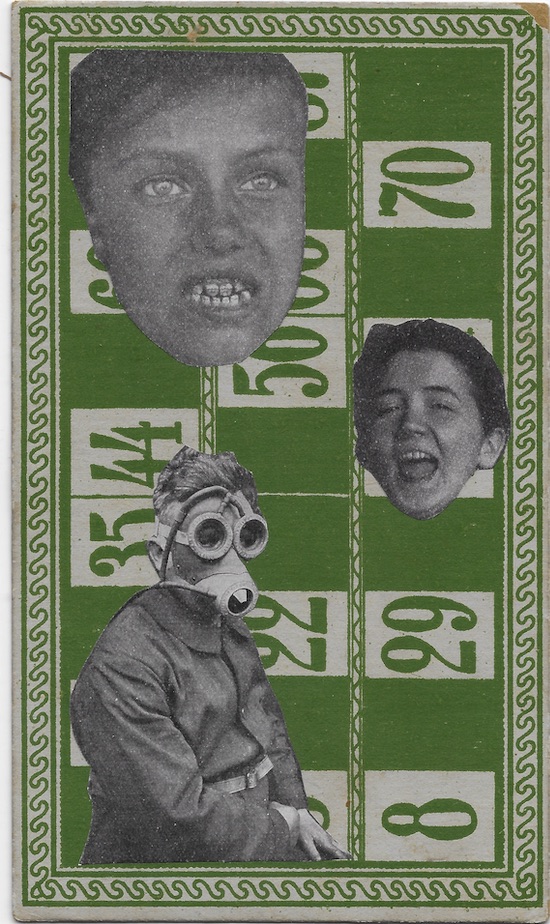 I don’t know why my mother kept a stack of her parents’ old lotto cards — precise age unknown — and trundled them around from place to place for at least forty years. When I found them after her death, a thought balloon materialized over my head that said: “good collage material.” I didn’t have any idea how to use them, however, until one day on the book-swap table at the supermarket (which I hope they’ll bring back soon) I found a German medical textbook from 1910 with stupendous illustrations; the section on psychology was particularly rich in images. And they just married themselves to the cards. There are eight in this series, which I called “Covers for a Series of Paperbacks, Moscow 1923” because they reminded me of Rodchenko’s covers for the pulp crime series Mess Mend.