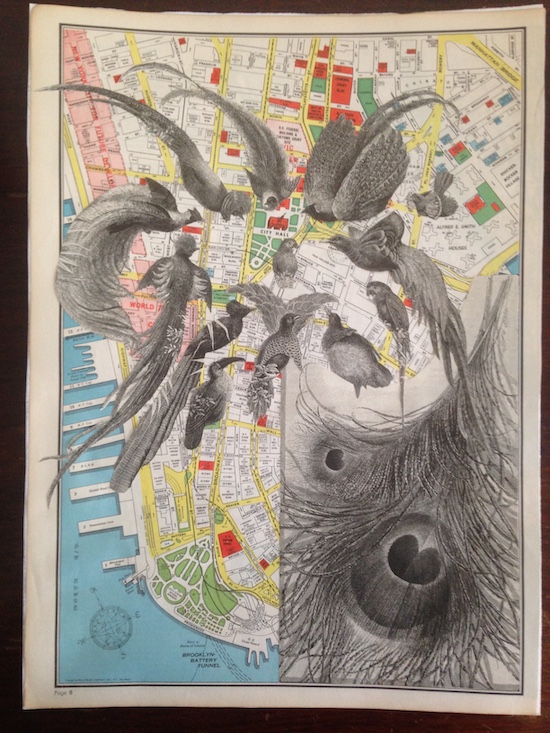 I come from the twentieth century, which means I’m instinctively suspicious of mere beauty. It is so often an alibi, a cheat, a narcotic, a sales pitch. I might have balked at this one, but I had decided to make it for someone I love, so I suspended my terms. The birds all came from a single article in an 1870s issue of Harper’s — I cut them out and they naturally arrayed themselves in a circle. Then I searched long and hard for a backdrop until I came across the old NYC atlas I found in a junk shop. When I realized the curve of the peacock’s feather fitted exactly the curve of Corlear’s Hook, I knew I was in business. After I pasted it down I realized that the map was pre-1960 and that under the wing was a whole latticework of streets that no longer exist, such as Jacob Street, onetime center of the leather trade. Oh well. In analog collaging you have to kill one thing to make another, and that, too, is part of its beauty.