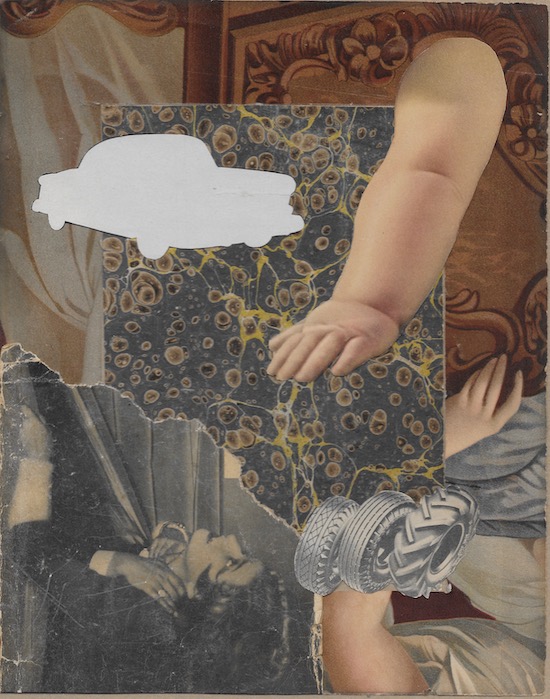 I’ve been making collages for more than fifty years, with significant gaps. They all come about in different ways and from different sources. I like them best when they are entirely unaccountable and inexplicable, and this one tops that category. Like the best writing I’ve done it almost doesn’t seem to be mine, but channeled through me. The framing part was exactly that: a nineteenth-century chromolithograph that had been trimmed so its blank side could serve as a mat for another picture. The torn fragment of a woman being throttled was exactly that, too: a torn fragment I found in the dirt on the Place du Jeu de Balle in Brussels after the flea market held there had closed up; I didn’t know what to do with it for decades. The phantom car itself was airmailed to me direct by ghosts — actually it came from Life. The collage just assembled itself one night.