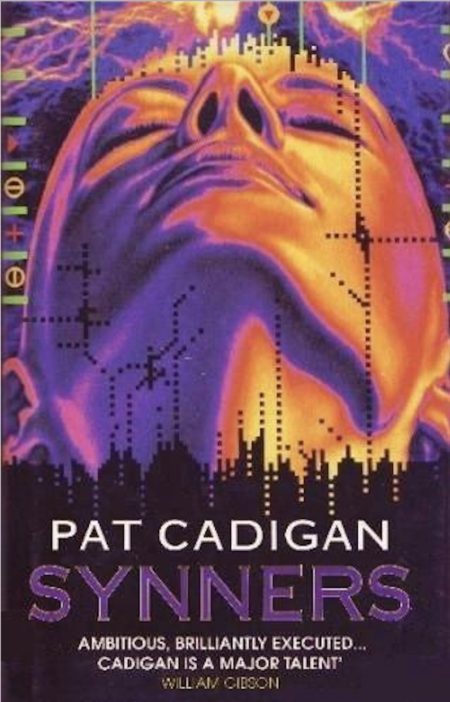 Gina, Visual Mark, and Gabe are middle-aged virtual-reality creatives, who’ve seen new technological breakthroughs transform their industry — and the wider world — for better and worse. The brain has been thoroughly mapped; and “sockets,” which allow us to input sensory information directly into our brains, and which were at first intended for entertainment purposes (immersive movies and music videos), have changed the way people experience life. When the corporation for which they work (Diversification Inc.) gives Visual Mark sockets, he becomes even less tethered to reality than before. Gina isn’t particularly interested in sockets — but she uses them to stay connected with her ex-boyfriend. It seems that these virtual-reality creatives can use sockets not only to input experiences, but to output them too; Visual Mark feels liberated by the technology, and abandons his body. Gabe, meanwhile, who was a bit of a slacker, finds it hard to adjust to sockets — which demand that he focus his attention and be the ever-present master of his imaginings. Instead of mastering this new technology, our three protagonists are mastered by it. Like one of Gabe’s productions, the novel itself is a bit cryptic, and hard to follow, with multiple POVs… until suddenly, after the halfway point, it coheres into a powerful, thrilling adventure story.

Fun facts: Robert A. Heinlein dedicated his 1982 novel Friday to Cadigan. She won a Hugo Award for her 2012 novella The Girl-Thing Who Went Out for Sushi.