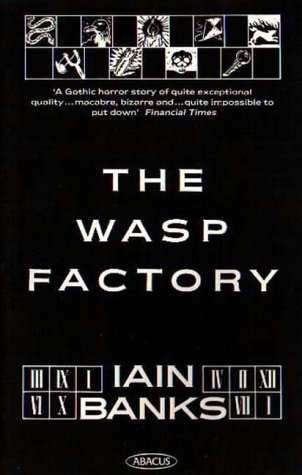 The intricate macabre violence of The Wasp Factory (1984), the first novel that IAIN BANKS (born 1954) gave the world, echoes everything from Edward Gorey’s books of cheerful mayhem to the campy serial-killer rampages of Vincent Price’s priceless Dr. Phibes. The unreliable first-person narrator, a morbid teenager who subjects animals and humans alike to ritual experiments ending in death, is a charming sociopathic twist on Holden Caulfied. Banks’s work is also rooted in Scottish gothic, science fiction, and radical left-wing politics. Since the mid-1980s he has published a series of impressive novels, along the way splitting his “serious” or “mainstream” fiction off from his science fiction (which is published under the name Iain M. Banks). The SF is first-rate, particularly the linked series of “Culture” novels, which follow in the anarcho-techno-speculative line laid down by the likes of J. G. Ballard, Ursula K. Le Guin, and Orson Scott Card. The other fiction, though always rewarding, is variable; aficionados who remember the frisson of sick energy that greeted that first reading of The Wasp Factory, when Banks was a magical unknown, will always regard that book, together with The Bridge (1986) and Complicity (1993), as the best of his work.

READ MORE about those born on the cusp between two generations. Iain Banks was born between the Blank Generation and the OGXers.