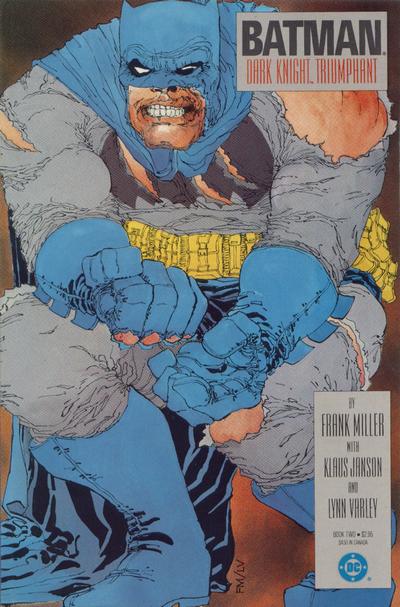 In comics badass sells and anger can become a comfort zone. FRANK MILLER (born 1957) made himself the only graphic novelist that many people knew, when the stoic pulp and stylish brutality of his 1980s Ronin, Batman and Daredevil comics elevated an overlooked medium to the stature of visceral poetry and visual eloquence valued in crime-novel and noir-film canons. Now the veteran angry young man is mostly noticed for making other people mad. He and his new enemies have a problem separating the direct from the unspecific; everyone but me hated his movie adaptation of Will Eisner’s The Spirit, but that was an exploratory flail into un-preconceived B-filmmaking that took many fruitful risks (even if someone else in film’s future may have to make sense of the eventual fruits); on the other hand, Miller’s simplistic screeds against Occupy and caricatures of the Muslim world discard the dimension that always made his work so worth wrestling with. The big-tent paranoia of the Martha Washington dystopias, the very alien values of the Spartans supposedly cradling our modern democracy in 300 (the harshly shaded comic, not the recruiting-poster movie), the macabre cautionary desensitization and humorous overstatement of Sin City (especially its absurdist art-trash movie) — these are Miller’s best medium as a storyteller, as much as the frenetic instinct and intrepid unattractiveness of his serrated, scratched and splattery drafting. He pioneered not the voiceover but the voice-around in comics, delivering a messy 360-degree perspective from multiple first-persons that reveals much; one moment like that resurfaces in the otherwise rancid, racist (yet for the most part stunningly rendered) Holy Terror, inside a female suicide-bomber’s conflicted, strangely not-unsympathetic head. It’s the discomfort zone where Miller belongs, and maybe at some point he’ll take his supremely sure artistry and head back out into the abundant uncertain.

On his or her birthday, HiLobrow irregularly pays tribute to one of our high-, low-, no-, or hilobrow heroes. Also born this date: Leopold von Sacher-Masoch, Elmore James, Cal Schenkel.