Part eight of a series of posts adapted from a travel journal originally posted on apexart.org.

If I had to pick a favorite building in Montevideo, it would be the Hospital de Clinicas. 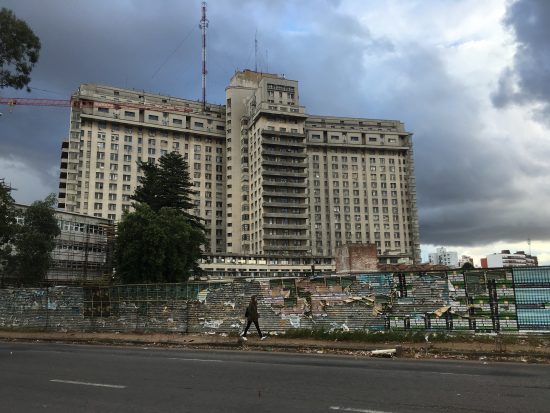 It is the main public hospital and the only teaching hospital in Uruguay. I’ve been admiring it from a distance for weeks, and my printout said that today I’d be observing surgery there with someone named Gonzalo!

I wasn’t sure how to get to the main entrance. I approached from Av Italia and ended up in a rutted dirt parking lot where I ran into a medical student who was going my way. As we hopped between small lakes (it has been raining since yesterday), he told me the hospital opened for business in 1953 — which is a lot later than I would have guessed. Some of the floors, he said, are totally empty. 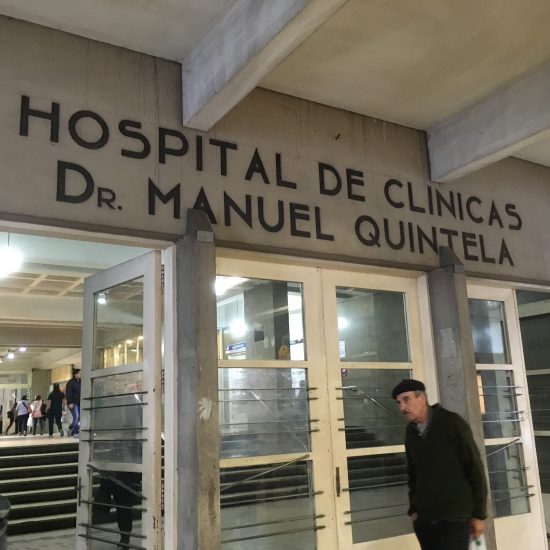 Love love love. The lobby reminds me of, I don’t know, a Bulgarian train station circa 1979?

Gonzalo met me inside, accompanied by a medical student named Maria Eugenia, who speaks more English than he does. I had though I would be watching Gonzalo perform surgery, but not so. He is an anesthesiologist, and furthermore, he wasn’t on duty. I wasn’t there to observe him but to observe with him.

We joined a long line of people waiting patiently for the two elevators that serve this enormous building. When it was our turn, we rode to the 18th floor. I saw no signs of activity there — just blank walls, yellowing linoleum, exposed ductwork and, here and there, spiky bunches of exposed wires. Was this one of the abandoned floors? No, Maria Eugenia said, it’s not abandoned. For instance, medical students come here to take naps.

We walked past a kitchenette, then a cement balcony with a vertiginous view of outer Montevideo. We turned down a hall with a row of doors, and behind each door was one of these: 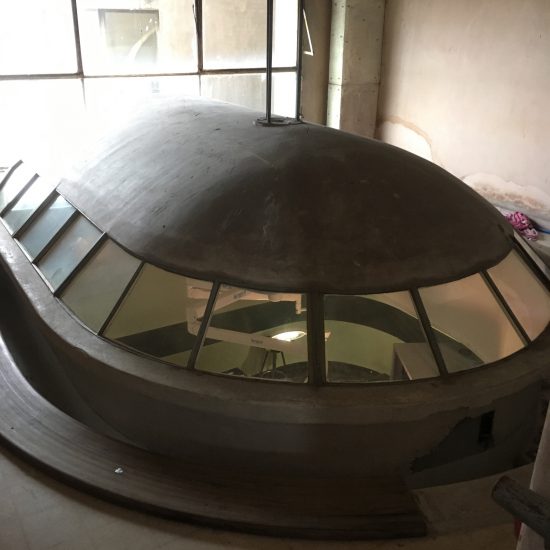 This window-lined cement pod is not a spaceship, or even a 1950s television set of a spaceship. It is a surgical gallery encircled by a bench, on which we sat and watched the tail end of a hand surgery that was being performed on the 17th floor.

We hopped from gallery to gallery while Maria Eugenia explained the various kinds of anesthesia being used. It felt a bit like being at a peep show. One patient was suffering from kidney disease and needed dialysis, but her artery line has become infected. Her fingers were grey. I hope she makes it, but I had a very bad feeling.

If I had the whole day, I would not tire of being in the hospital, but Gonzalo and Maria Eugenia had places to go and I had a date with the fabulously named Ronnie Decker, an English ex-pat, to stroll around the British Cemetery.

It looked to be about two miles away, so I decided to walk. I wanted a chance to check out the shuttered city zoo, which was on the way. Javier told me that the animals are still inside, living out their natural lives in privacy. Once every last animal dies of old age, he said, the city can do something else with the property.

These were the only animals I saw. 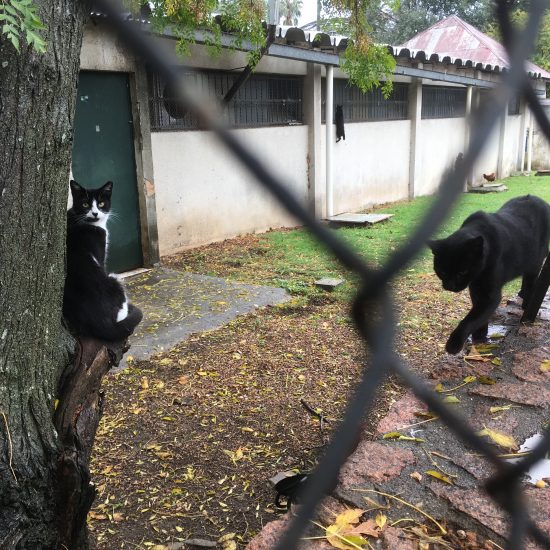 I’d been waiting at the British Cemetery for half an hour when I got a call from Ronnie. There had been some confusion, and he was five miles away at Cementerio Central. Realizing that we’d missed our connection, I felt sorrowfully lonely. I can’t account for how badly I wanted this stranger’s company. Maybe it was his English accent, or the wet marble Victoria I was staring at while we talked. Ronnie heard it in my voice, I think. He offered to take me to a concert, tonight or tomorrow night, but I had to explain that my schedule was not under my control. No, tonight is an improv class and tomorrow the rescheduled field hockey practice. I have not dodged it after all. 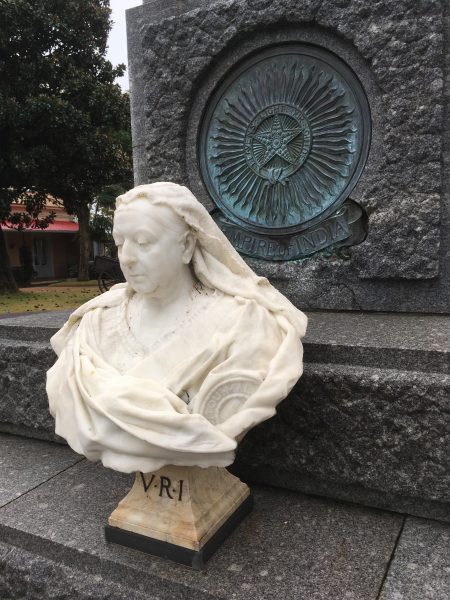