Part seven of a series of posts adapted from a travel journal originally posted on apexart.org. 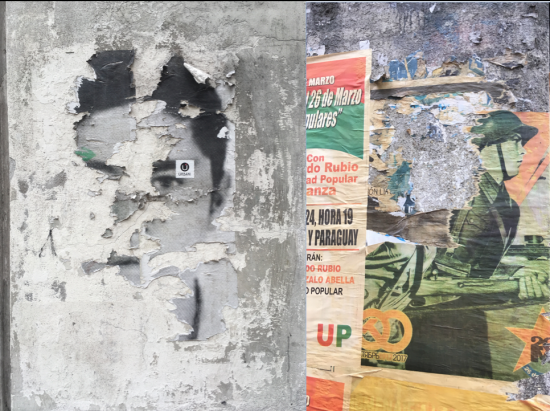 Whatever else I do, I am looking at stuff on the walls. 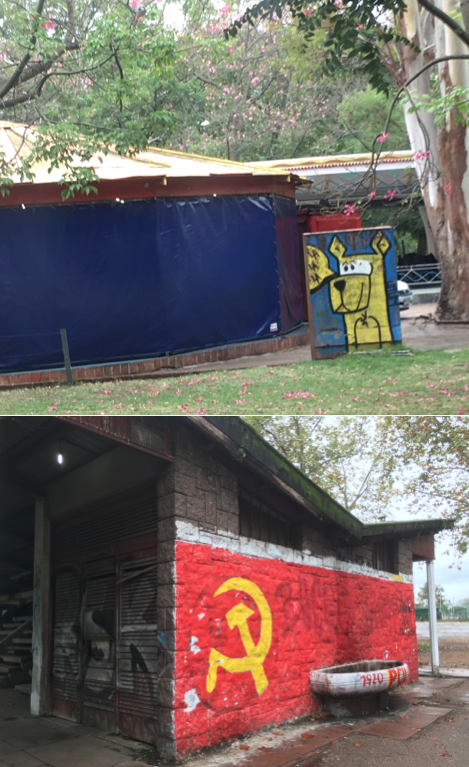 I remember reading in anthropologist Shirley Brice Heath’s wonderful book Ways With Words how the children in “Tracktown” read the writing on the boxcars that rolled through their neighborhood like they were storybooks. 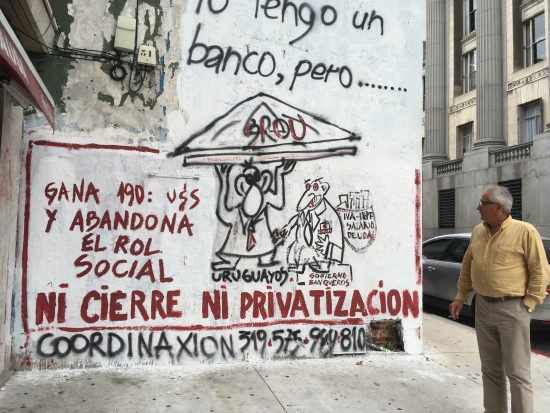 I have a bank, but…
Win 190: US$
and abandon the social role.
Neither close nor privatization.
Coordination.
? 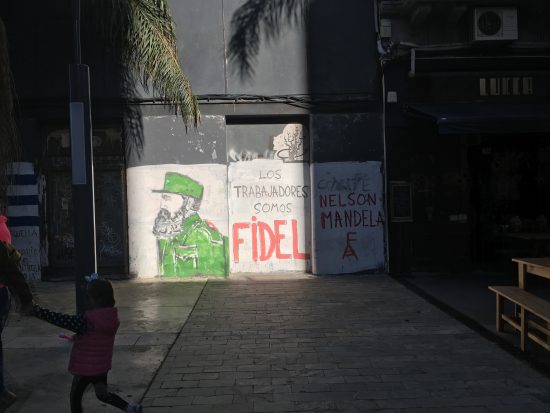 The workers are Fidel. Nelson Mandela.

One day, finding myself with some unscheduled time, I walked past half a mile of banners billowing on the fence along the industrial port. Best of luck to the trabajadores. 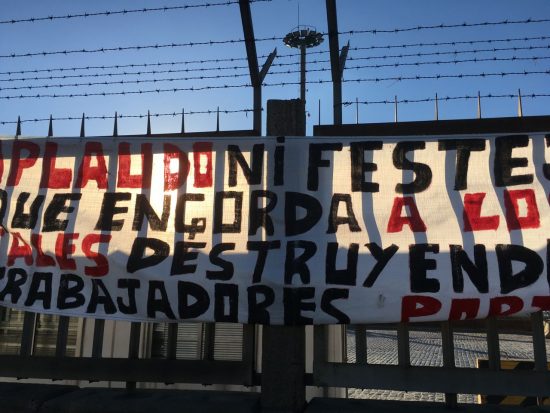 This one stumped me. Just enjoy. 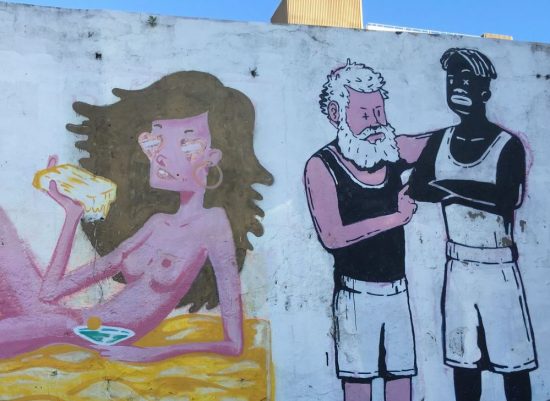