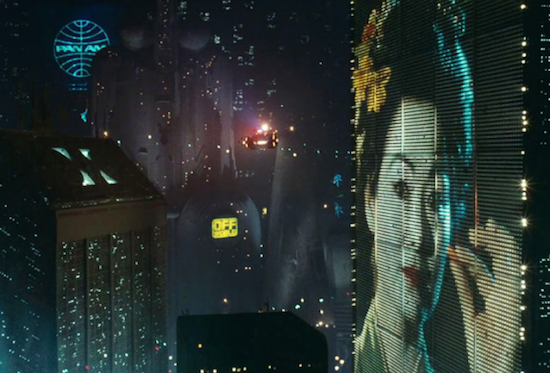 It is easy to imagine a futuristic and/or dystopic Los Angeles. We’ve seen it in Blade Runner and Her. But recently when I was trying to think of films depicting the future of New York, I came up short. Minority Report was DC. I, Robot took place in Chicago. Surrogates, that utterly ridiculous Bruce Willis film from several years back, was set in Boston. The city in The Matrix is never mentioned but it would probably be Chicago, hometown of the Wachowski sisters. I can’t remember if they mention the name of the city in Max Headroom. It could have been anywhere just urban enough from Baltimore or Cincinnati.

There’s the great novel 334 by Thomas M. Disch, and Escape from New York, but science fiction films set in the city tend to be contemporary with a supernatural element like Ghostbusters or Batteries Not Included. But I guess I’m casually neglecting to mention the ending of AI. There’s never been a film as good as Blade Runner set in New York. But how many, of all the films, set anywhere, about anything, are that good? The hyper-gentrified whiteness of Spike Jonze’s future LA is its own unintentional dystopia. Still I’d love to see someone imagine Brooklyn with that much ambition. 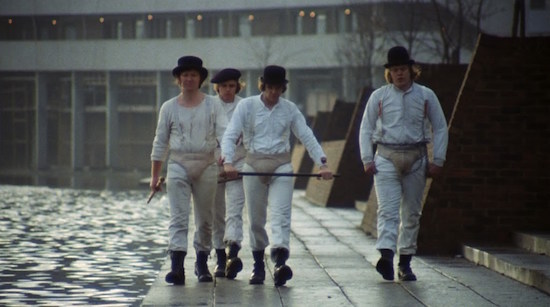 At first I thought the absence of New York sci-fi might be because the city is revered in culture for its history. But there are several films considering the future of London including Children of Men, A Clockwork Orange, and 1984. Instead of imagining a future for New York, sci-fi writers dream of its destruction. I already mentioned this book I keep meaning to read: The City’s End: Two Centuries of Fantasies, Fears, and Premonitions of New York’s Destruction​, by Max Page.

Anyway, I mean to write something a bit longer about New York sci-fi and while I keep researching would appreciate any recommended books, tv, films, etc.

Orlando is in my thoughts. I meant to go to a vigil that night but stayed home and watched the Tonys. I don’t typically watch award shows. And definitely not this one. But even apart from that big one everyone is always talking about, I was impressed with the openness and the diversity of the crowd. As Laura Olin put it, “basically the Tonys are a glimpse of what the world would be like if it were run by the gays, and especially today, i am here for it.” I got a bit weepy when I looked up the film Waitress, and remembered that Adrienne Shelley — you remember her from so many Hal Hartley films — wrote and directed it and that she was brutally murdered just a few months before its premiere at Sundance ten years ago. The music in the musical adaptation might not be quite to my taste but when the world is confusing, heavy, and dangerous, one can do worse than watch people singing and dancing about feminism and pies.