I watched Klute last night, a film I’ve been meaning to see for ages. I love The Parallax View (who doesn’t?) but part of the reason I was eager to see it is, the time this film came out in Jane Fonda’s career. I knew of her only as a fitness video host as a kid, and later for Barbarella in my teen years where I burned through every film in my neighborhood video store’s tiny “cult” section. But in recent years, I adored her in Barefoot in the Park, Tout Va Bien, They Shoot Horses, Don’t They? (my favorite film… sometimes), and Nine to Five, and reviewing Wikipedia’s vast “Jane Fonda filmography” page, the directors she worked with up until her semi-retirement in the ’80s are unbeatably impressive: Otto Preminger, Haskell Wexler, Federico Fellini, Louis Malle, George Cukor, and Godard. 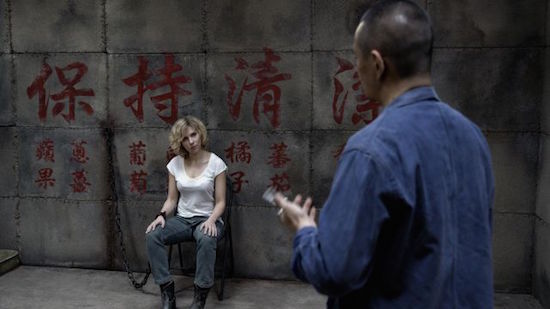 I often wonder about the latitude and taste actors reveal in selecting roles. Like Scarlett Johansson, who, between Her and Under the Skin and Lucy, is making very interesting choices in low-key, low-budget sci-fi-ish films while also appearing in big splashy Marvel movies. Does she read Kelly Link and China Miéville in her downtime? She’s at a level of celebrity and power that I would imagine allows greater autonomy in script selection. Whiteness is also a factor here (Johansson was regrettably cast in Ghost in the Shell). I read somewhere that Eva Mendes was a huge fan of Leos Carax and approached him about working together, which is how she ended up in the great Holy Motors. Perhaps if Eva Mendes had leverage to choose, her “filmography” wikipedia page might rival Fonda’s. 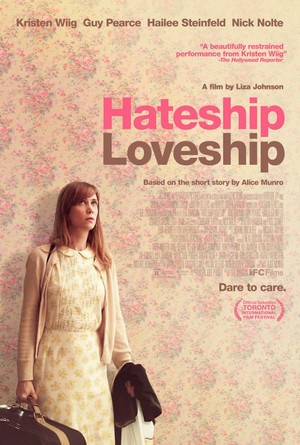 The actor-auteur I will watch in anything is Kristen Wiig. In the five years since Bridesmaids, she’s appeared in a dozen strange little character-driven parts in indie movies. Welcome to Me is brilliant, The Skeleton Twins and Girl Most Likely are odd but interesting, her voice is in Her too, and then there’s Nasty Baby, Hateship Loveship, The Diary of a Teenage Girl, and two, too long, but conceptually hilarious The Spoils miniseries for IFC. A number of these films were directed by women. In thirty, forty years, I expect I’ll remember some of these films as representing what it was like to be a white woman in 2010s America.

Thinking of Hateship Loveship, I read the Alice Munro story it was based on just the other week: “Hateship, Friendship, Courtship, Loveship, Marriage.” Somehow I’ve gone this long without Munro before. It’s only about 50 pages, but I felt like I knew each of the several characters in and out by the time I was through.