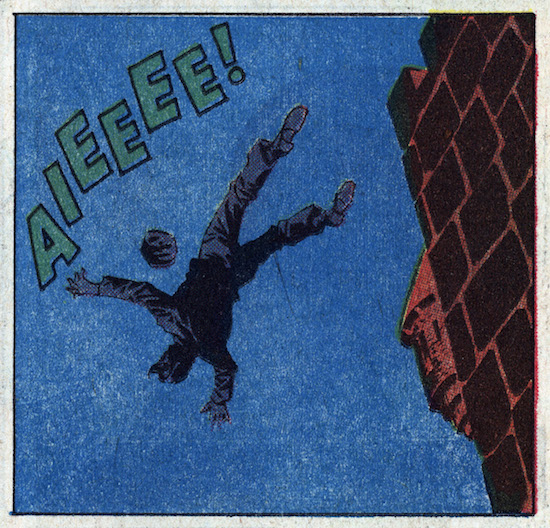 Like the Just, he was thrown from a battlement,
and the gust of his moan got his hat all bent.
Black Blood boomed from the
ramparts;
the moat’s fatal, damp parts,
we trust, know alone where his chattel went.

— Thanks, John Hilgart, for the inspiring comic-book panel.