To idle is to work on meaningful and varied projects — and also to take it easy. (Like Nas, “I used to hustle/Now all I do is relax and strive.”) If you’re interested in my 2010 projects, please keep reading; otherwise, don’t! The title of this series of posts refers to this self-proclaimed idler’s inability to take it easy. 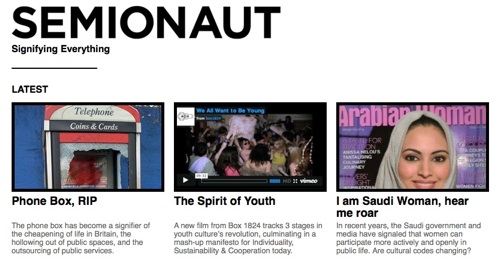 This year, I cofounded Semionaut, an international website devoted to semiotic cultural and brand analysis. So far, its contributors hail from Brazil, Bulgaria, Canada, China, Germany, India, Japan, New Zealand, Poland, Russia, Saudi Arabia, Sweden, the UK, and the US. 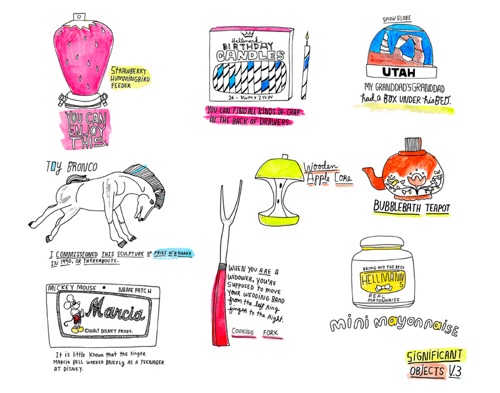 At Significant Objects, originally intended to be a one-shot experiment (running from July through November 2009), in 2010 Rob Walker and I published another 100+ stories, raising funds for the mentoring programs Girls Write Now and 826 National; and we sold a collection of 100 object-oriented stories to Fantagraphics. 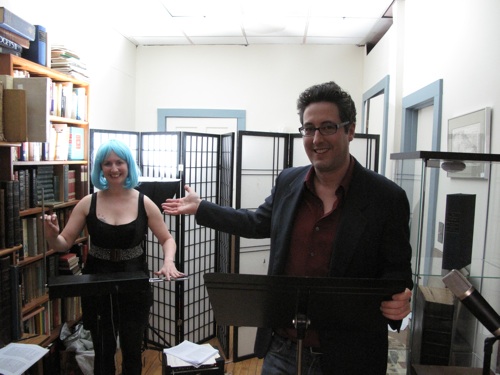 Here at HILOBROW in 2010, in addition to co-editing the site with Matthew Battles (TIME named the site one of the Best Blogs of 2010; click here to find out about a few of HILOBROW’s ongoing projects), I produced a series of Radium Age Science Fiction podcasts [not possible without Pazzo Books and thereministe Peggy Nelson], and re-periodized American and European generations through the 1790s.

Also at HILOBROW this year, I demonstrated Jack Kirby’s debt to Radium Age sci-fi, published a couple of stories (“City on a Spill” and “The Lawless One“), unearthed my own long-forgotten memoir, revealed the secret origin of punk, provided the world with more evidence of time-traveling smartphone users, researched the transformation of the meaning of “X” in pulp fiction during the Cold War, and analyzed the semiotics of Star Wars. 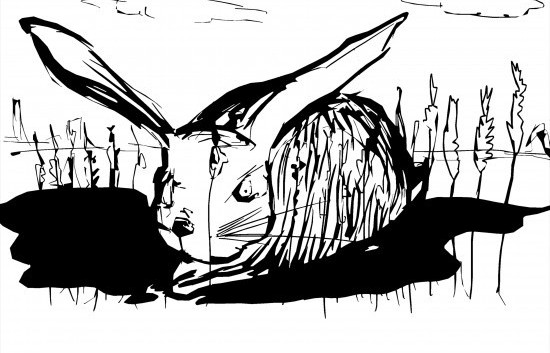 In 2010, Matthew Battles and I raised funds through Kickstarter to publish The Ballad of Cocky the Fox, a serialized novel by our friend James Parker. This project involves beautiful illustrations and prints by Kristin Parker, an excellent newsletter by Patrick Cates, and t-shirts whose production was overseen by Susan Roe. In 2011, HILOBROW will publish a small print run of Parker’s novel — the first book under our imprint! 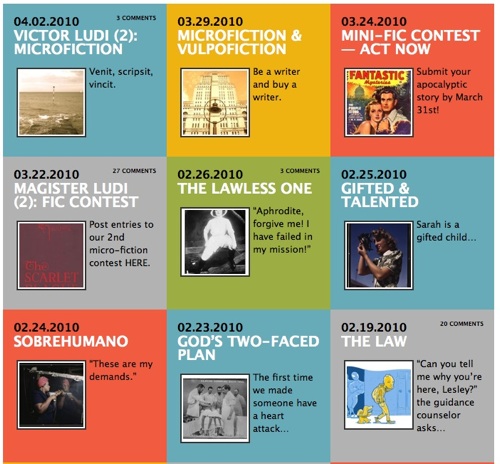 Matt and I are proud of the fiction contests that HILOBROW ran in 2010 — under the auspices of HILOBROW’s Magister Ludi, Patrick Cates. The winning stories were superb. All of Patrick’s puzzles and contests were amazing; once he’s free of his duties as editor of The Sniffer (see above), he’ll return to doing these for us. 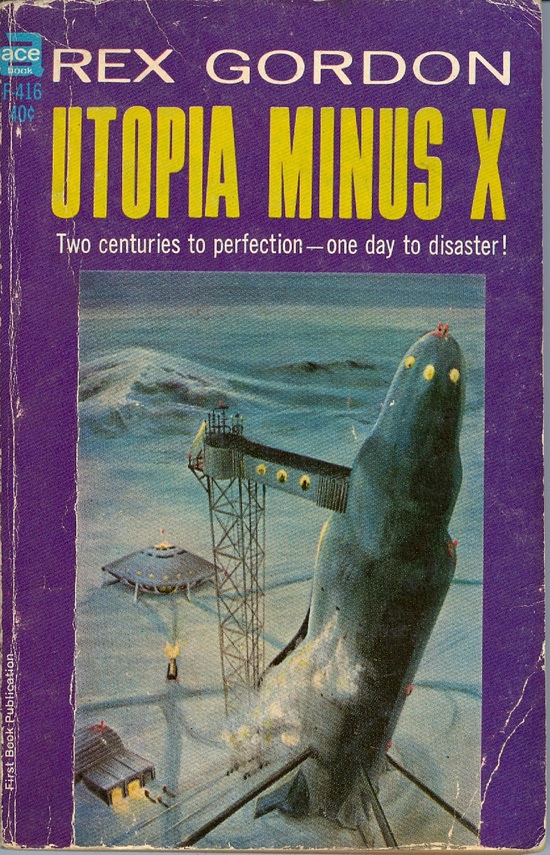 The File X series was turned into a slideshow by Design Observer. 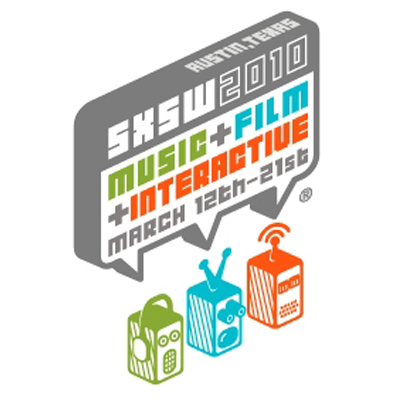 At the invitation of Joe Alterio, in 2010 I moderated a SXSW panel on Indirect Collaboration; and I presented a PechuaKucha-style slideshow at the first-ever Boston Bookfuturists happening, organized by Matthew Battles, Joanne McNeil, and Peggy Nelson.

In 2010, I coached youth baseball. I moved into a new office, in West Roxbury (Boston). I continued to manage the Hermenautic Circle, an online secret society formed in 2007. And I’m producing an iPhone app/game with Rick Pinchera; hopefully, it will be ready to download this winter.

I wrote a Washington Post book review and a post for io9 on the Best Year of Science Fiction Ever (1912).

PS: In the fall of this year, my friends Elizabeth Foy Larsen and Tony Leone and I sold a book of family activities to Bloomsbury — details to be announced in ’11.