HILOBROW is a noncommercial blog! The info below should not be construed as a vulgar advertisement for SEMIOVOX, UNBORED, THE ADVENTURER’S GLOSSARY, MIT PRESS’s RADIUM AGE SERIES, SEMIOFEST SESSIONS, LOST OBJECTS, GO WEST, or any of my various more-or-less profitable projects. It is merely an update on my doings and undoings — in this case, during 2021.

THE ADVENTURER’S GLOSSARY, my latest collaboration with the philosopher Mark Kingwell and the cartoonist Seth, was published by McGill Queen’s University Press in September. Here’s a sample endorsement:

The book has received a few nice mentions, so far:

Mark, Seth, and I are very grateful to our editor, Khadija Coxon, to the entire team at MQUP, and to the book’s anonymous peer reviewers for their helpful comments and criticisms.

I’m co-founder of the semiotics-fueled branding consultancy SEMIOVOX. Our unique methodology provides insight and inspiration — to brands’ marketing, design, innovation, and consumer insights teams, as well as to agencies and other stakeholders — regarding the unspoken “codes” that help shape perceptions and guide behavior around product categories and/or sociocultural territories. We often augment our projects, which are frequently global in scope, with consumer research directed by our sister agency Consumer Eyes.

During 2021, among other fun projects, Semiovox audited…

We’ve also started work on the following projects, among others, which we’ll wrap up during 1Q2022.

I’m grateful to my commercial semiotics colleagues around the world, with whom it is always a pleasure to collaborate.

In November, I enjoyed speaking about my commercial semiotics practice with Laura Woolpert’s Market Insights class (within the Master of Design: Design Innovation program) at Massachusetts College of Art and Design. And also with J.P. Kuehlwein, for the benefit of his students in the Cosmetics and Fragrances Marketing and Management Master’s Program at the Fashion Institute of Technology. 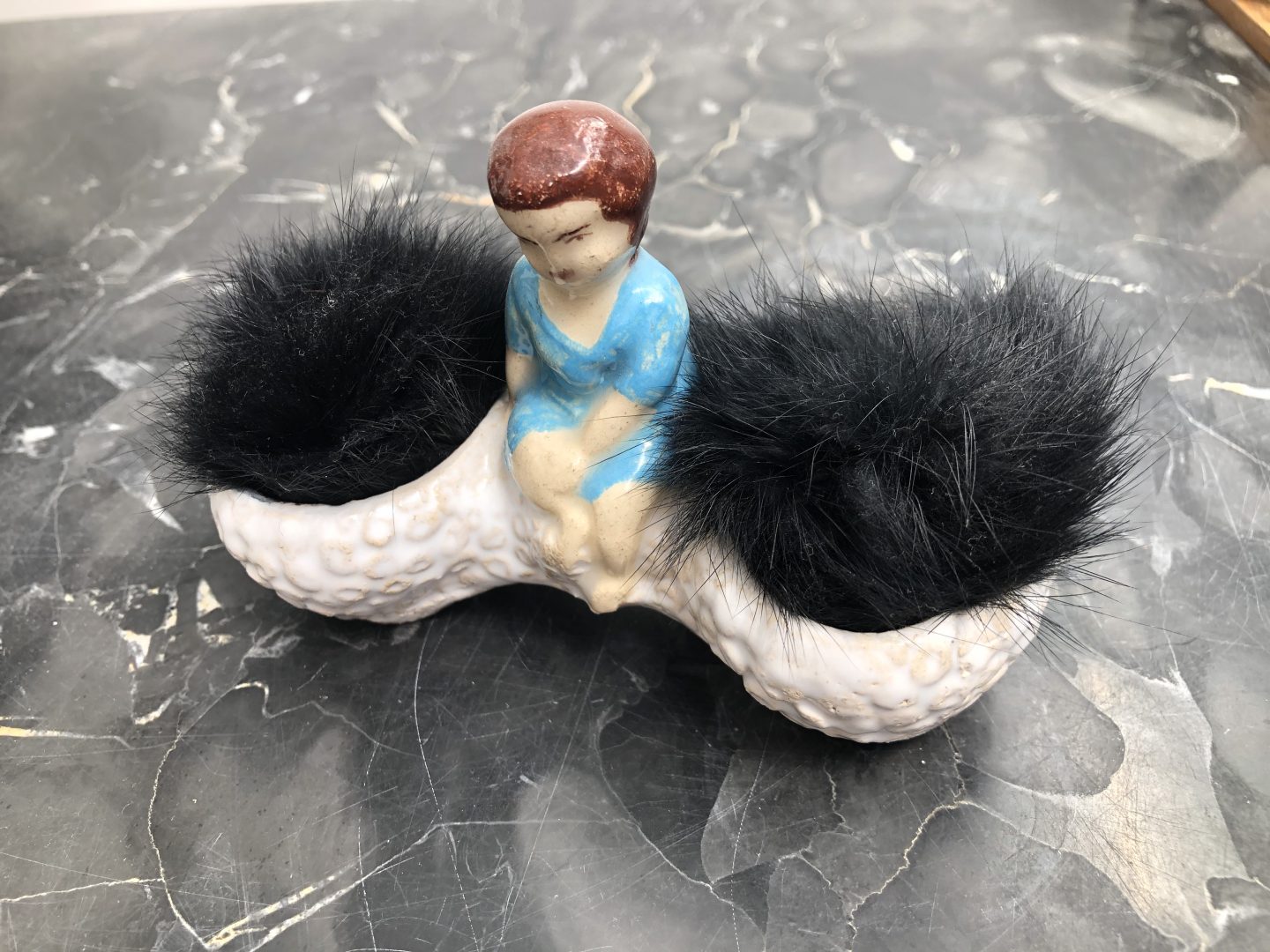 In 2009–2010, Rob Walker and I collaborated on the literary/economic/anthropological experiment SIGNIFICANT OBJECTS. Over a decade later, we’re still working together — via PROJECT:OBJECT, here at HILOBROW. Here’s what PROJECT:OBJECT published during 2021:

As mentioned above, I’m the cofounder of the semiotics-fueled brand consultancy Semiovox. I’m also editor of the website Semiovox.com, which publishes new content each week. 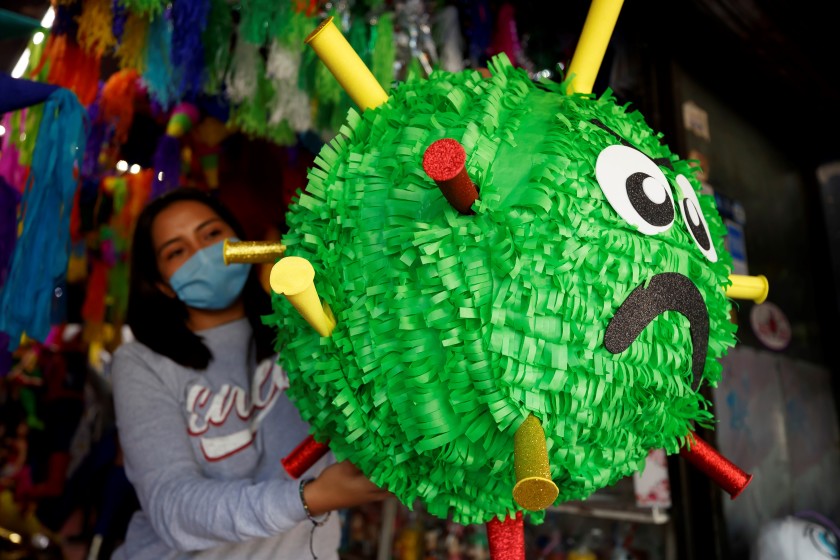 During 2021, I invited 30+ consulting semioticians from around the world to contribute to COVID CODES, a sixteen-part series offering an analysis of the Health & Wellness-themed “source codes” (e.g., signs) that shape our perception of the epidemic. Here’s the lineup:

Other 2021 series at Semiovox.com include: CODE-X, OBJECT ORIENTED, and THE WOLERY. (The latter two were cross-posted from HILOBROW.)

The first four titles in the RADIUM AGE series of reissued proto-sf (c. 1900–1935) narratives, a brand-new MIT Press publishing project that I’m heading up, will appear in Spring 2022. During 2021, I worked with the MITP team on copy-editing and proofing, not to mention finalizing the covers illustrated and designed by Seth.

On March 15, Annalee Newitz and I will talk about the series in a virtual event hosted by Chicago’s independent bookseller Madison Street Books.

Among the posts I wrote for HILOBROW during 2021 are:

At the invitation of Writer’s Digest, in September I dashed off a short piece on “5 Thrilling Adventure Terms Every Writer Should Know (And Why).”

I wrote an Afterword for an edition of Arthur Conan Doyle’s Radium Age sf adventures The Lost World and The Poison Belt, which MIT Press will publish in Spring 2023.

And for one hour (almost) every weekday during 2021, I convened with three of my favorite writers in a virtual environment known as THE SPACE, where we each toiled away at our own long-form projects. 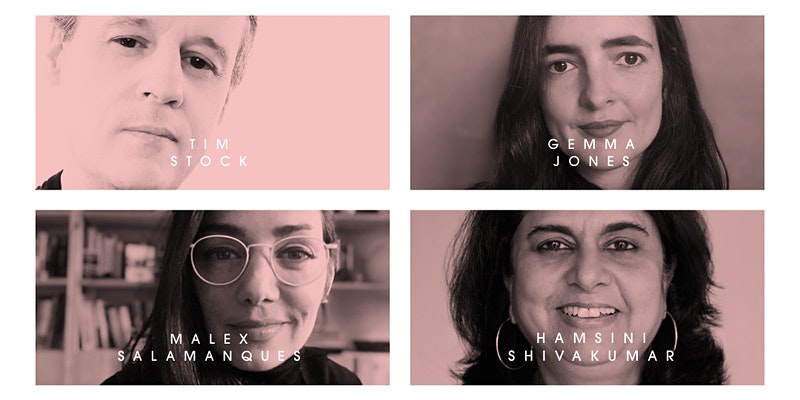 This year, I helped organize a series of monthly online “sessions” convening my fellow commercial semioticians from around the world — as a means not only to surface and disseminate the best of applied semiotic thinking but also to strengthen our professional community’s ties of friendship and caring during an isolating and divisive moment.

As of January, I’ve stepped down from my role as the Sessions’ co-convener. But I hope to return…. I’m grateful to Semiofest board members Hamsini Shivakumar, Lucia Laurent-Neva, and Chris Arning for inviting me to play a role. Follow Semiofest on LinkedIn for updates.

In April, Hat & Beard Press will publish LOST OBJECTS, a book version of PROJECT:OBJECT’s series of that title (first published here at HILOBROW). Rob Walker and I are the book’s editors. The book’s design is by my frequent collaborators at Leone Design Associates.

So many moving parts! Just getting all the release forms signed nearly did us in. But during 2021, we were able to get this complex project nearly completed; we’ll go to press in January. Rob and I are grateful to the Leone Design team, to Hat & Beard Press’s JC Gabel and Sybil Perez, and to Susan Roe for the clutch administrative assistance.

PS: We are planning a series of limited-edition LOST OBJECTS posters — half of the proceeds from which will go to the authors and artists involved. 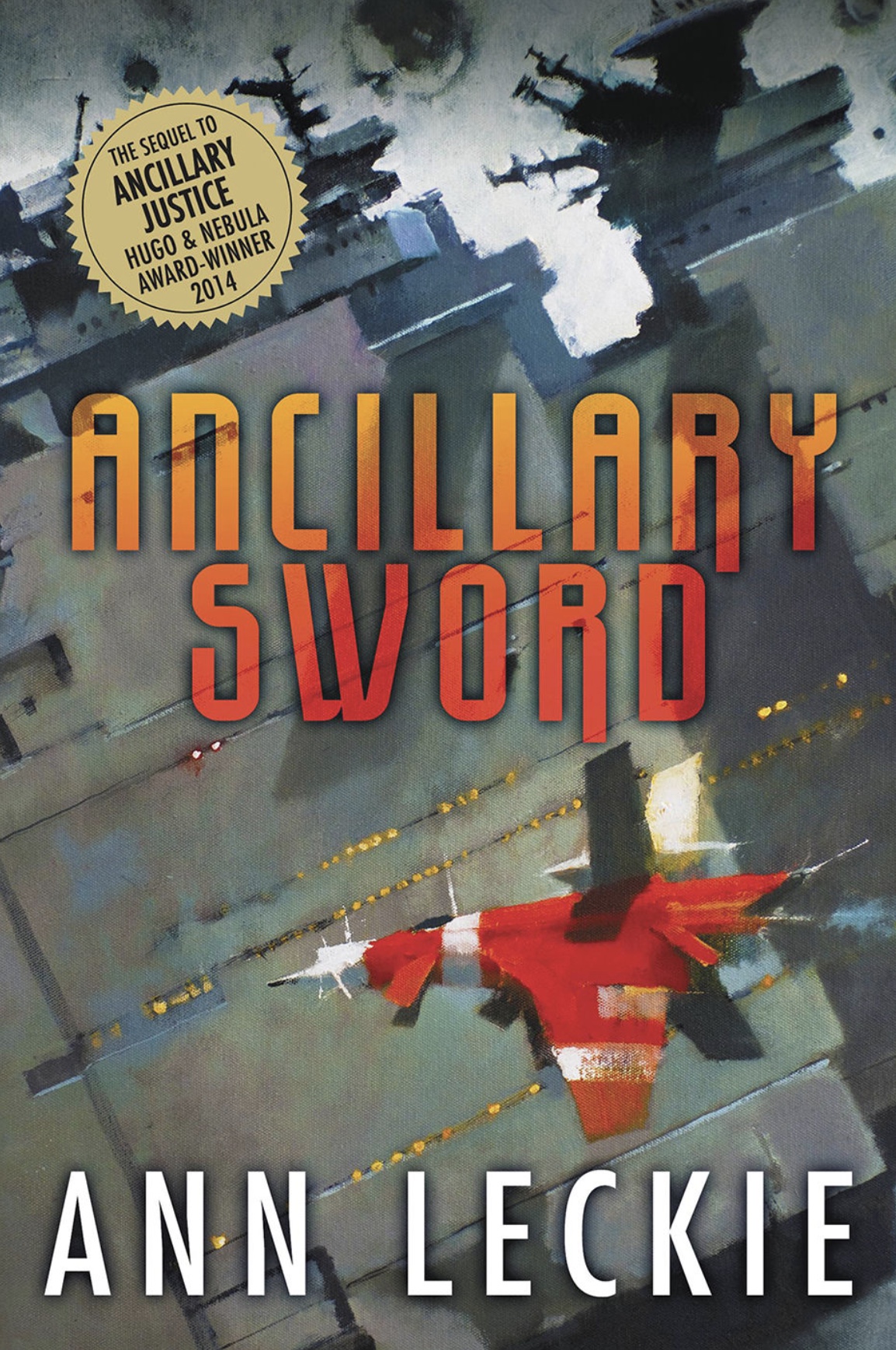 During 4Q2021, I published a preliminary list of HADRON AGE SF titles — science fiction adventures, that is, from 2004–2023. This marks the beginning of a second phase in my BEST ADVENTURES PROJECT, via which over the past several years I’ve identified my 10 favorite adventures from each year of the 20th century. In 2022–2023, I’ll be doing a lot of reading in an effort to identify my favorite 2004–2023 sf novels.

Speaking of BEST ADVENTURES, during 1Q2021 I wrapped up the twentieth-century phase of the project with the publication of my list of the 100 Best Adventures of the Nineties (1994–2003), as well as a meta-list of the 250 Best Adventures of the 20th Century. I’m grateful to Fortune magazine for suggesting that reading one’s way through this list may help us survive the epidemic. 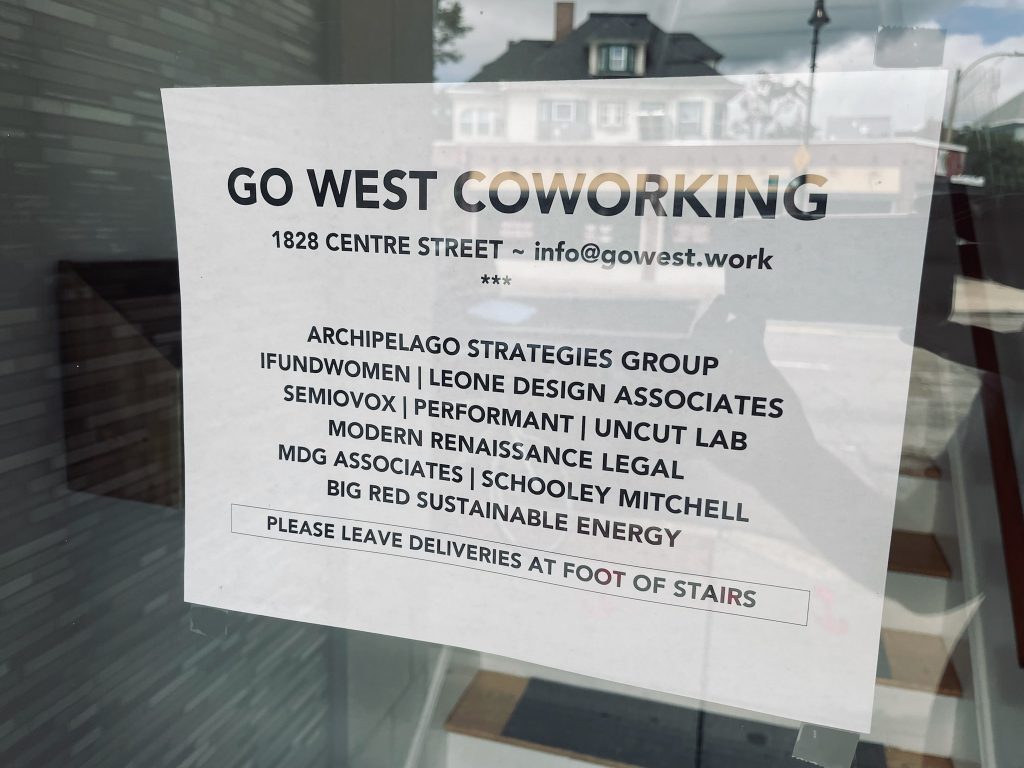 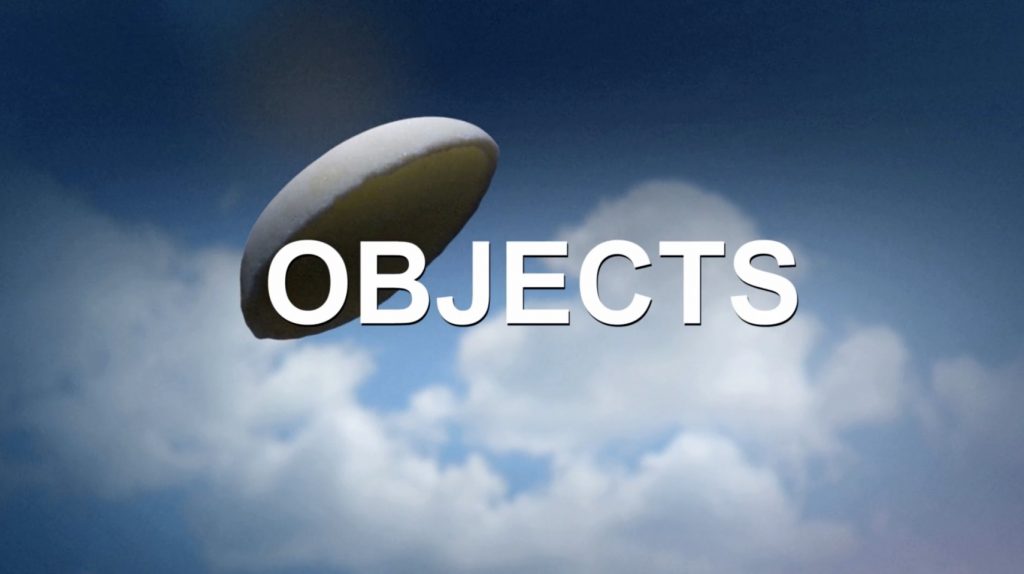 A few of my projects popped up on the radar during 2021. For example: