HILOBROW is pleased to present the fourth installment of our serialization of Sax Rohmer’s story “The Zayat Kiss.” New installments will appear each Wednesday for six weeks.

I turned, with my heart fluttering like a child’s. This night’s work had imposed a severe strain even upon my callous nerves.

A girl wrapped in a hooded opera cloak stood at my elbow, and, as she glanced up at me, I thought that I never had seen a face so seductively lovely nor of so unusual a type. With the skin of a perfect blonde, she had eyes and lashes as black as a Creole’s, which, together with her full red lips, told me that this beautiful stranger, whose touch had so startled me, was not a child of our northern shores.

“Forgive me,” she said, speaking with an odd, pretty accent, and laying a slim hand with jeweled fingers confidingly upon my arm, “if I startled you. But — is it true that Sir Crichton Davey has been murdered?” 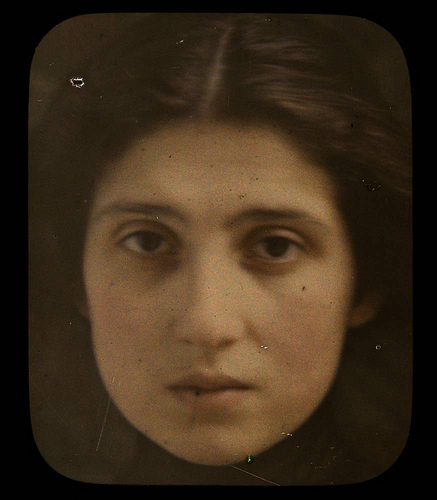 I looked into her big, questioning eyes, a harsh suspicion laboring in my mind, but could read nothing in their mysterious depths — only I wondered anew at my questioner’s beauty. The grotesque idea momentarily possessed me that, were the bloom of her. red lips due to art and not to nature, their kiss would leave — though not indelibly — just such a mark as I had seen upon the dead man’s hand. But I dismissed the fantastic notion as bred of the night’s horrors, and worthy only of a medieval legend. No doubt she was some friend or acquaintance of Sir Crichton’s who lived close by.

“I cannot say that he has been murdered,” I replied, acting upon the latter supposition and seeking to tell her what she asked as gently as possible. “But he is —”

She closed her eyes and uttered a low, moaning sound, swaying dizzily. Thinking she was about to swoon, I threw my arm round her shoulders to support her, but she smiled sadly and pushed me gently away.

“You are certain? Let me walk with you until you feel quite sure of yourself.”

She shook her head, flashed a rapid glance at me with her beautiful eyes, and looked away in a sort of sorrowful embarrassment, for which I was entirely at a loss to account. Suddenly she resumed:

“I cannot let my name be mentioned in this dreadful matter, but — I think I have some information — for the police. Will you give this to — whomever you think proper?”

She handed me a sealed envelope, again met my eyes with one of her dazzling glances, and hurried away. She had gone no more than ten or twelve yards, and I still was standing bewildered, watching her graceful, retreating figure, when she turned abruptly and came back. Without looking directly at me, but alternately glancing toward a distant corner of the square and toward the house of Major General Platt-Houston, she made the following extraordinary request:

“If you would do me a very great service, for which I always would be grateful” — she glanced at me with passionate intentness — “when you have given my message to the proper person, leave him and do not go near him any more to-night!”

Before I could find words to reply she gathered up her cloak and ran. Before I could determine whether or not to follow her (for her words had aroused anew all my worst suspicions she had disappeared! I heard the whirr of a restarted motor at no great distance, and in the instant that Nayland Smith came running down the steps I knew that I had nodded at my post.

And rapidly I acquainted him with the incident.

My friend looked very grave; then a grim smile crept round his lips.

“She is one of the finest weapons in the enemy’s armory, Petrie. But a woman is a two-edged sword, and treacherous. To our great good fortune, she has formed a sudden predilection, characteristically Oriental, for yourself. Oh, you may smile, but it is evident. She was employed to get this letter placed in my hands. Give it to me.”

“She has succeeded. Smell.” 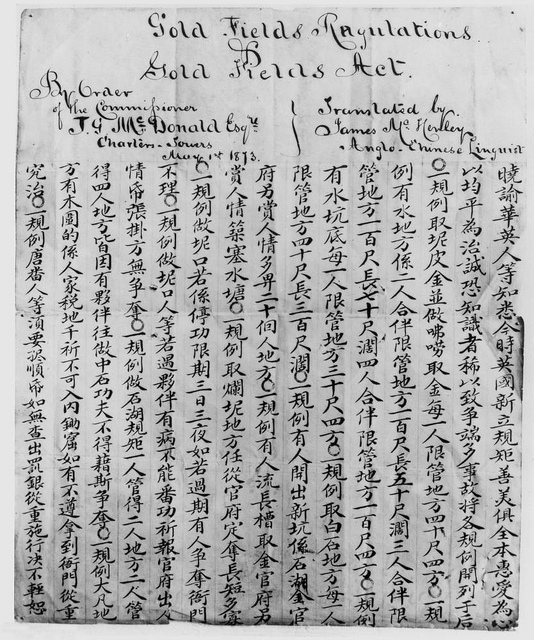 He held the envelope under my nose, and, with a sudden sense of nausea, I recognized the strange perfume.

“You know what this presaged in Sir Crichton’s case? Can you doubt any longer? She did not want you to share my fate, Petrie.”

“Smith,” I said unsteadily, “I have followed your lead blindly in this horrible business and have not pressed for an explanation, but I must insist before I go one step farther upon knowing what it all means.”

“As far as a cab. We are hardly safe here. Oh, you need not fear shot or knives. The man whose servants are watching us now scorns to employ such clumsy tell-tale weapons.”

“Pull up the window on your side, Petrie, and look out behind. Good! We’ve started.”

The cab moved off with a metallic jerk, and I turned and looked back through the little window in the rear.

“Some one has got into another cab. It is following ours, I think.”

“Petrie,” he said, “if I escape alive from this business I shall know that I bear a charmed life.”

I made no reply as he pulled out the dilapidated pouch and filled his pipe.

“You have asked me to explain matters,” he continued, “and I will do so to the best of my ability. You no doubt wonder why a servant of the British Government, lately stationed in Burma, suddenly appears in London in the character of a detective. I am here, Petrie — and I bear credentials from the very highest sources — because, quite by accident, I came upon a clue. Following it up in the ordinary course of routine, I obtained evidence of the existence and malignant activity of a certain man. At the present stage of the case I should not be justified in terming him the emissary of an Eastern power, but I may say that representations are shortly to be made to that power’s ambassador in London.”

He paused and glanced back toward the pursuing cab.

“There is little to fear until we arrive home,” he said calmly. “Afterward there is much. To continue; This man, whether a fanatic or a duly appointed agent, is, unquestionably, the most malign and formidable personality existing in the known world to-day. He is a linguist who speaks with almost equal facility in any of the civilized languages and in most of the barbaric. He is an adept in all the arts and sciences which a great university could teach him. He also is an adept in certain obscure arts and sciences which no university of to-day can teach. He has the brains of any three men of genius. Petrie, he is a mental giant.”

“As to his mission among men. Why did M. Jules Fumeaux fall dead in a Paris opera house? Because of heart failure? No! Because his last speech had shown that he held the key to the secret of Tongking. What became of the Grand Duke Stanislaus? Elopement? Suicide? Nothing of the kind. He alone was fully alive to Russia’s growing peril. He alone knew the truth about Mongolia. Why was Sir Crichton Davey murdered? Because had the work he was engaged upon ever seen the light, it would have shown him to be die only living Englishman who understood the importance of the Tibetan frontiers. Is there a man who would arouse the West to a sense of the awakening of the East, that the millions only await their leader? He will die. And this is only one phase of the devilish campaign. The others I can merely surmise.”

“But, Smith, this is almost incredible! What perverted genius controls this awful secret movement?”

“Imagine a person, tall, lean, and feline, high shouldered, with a brow like Shakespeare and a face like Satan, a close-shaven skull, and long, magnetic eyes of the true cat green. Invest him with all the cruel cunning of an entire Eastern race, accumulated in one giant intellect, with all the resources of science past and present. Imagine that awful being and you have a mental picture of Dr. Fu-Manchu, the yellow peril incarnate in one man.”