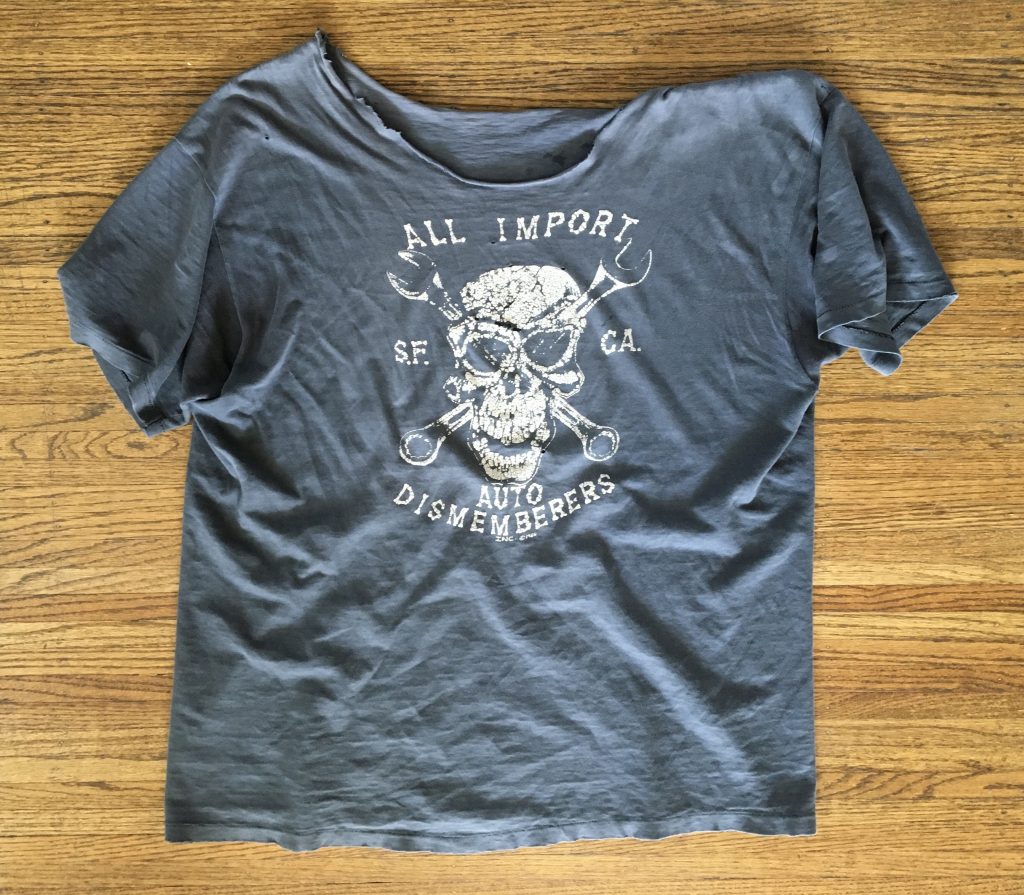 I’ve been wearing secondhand clothing for my entire adult life but not everything in my closet started out vintage. This shirt was purchased new in 1986, a year after I moved to San Francisco. My boyfriend and I took public transportation to the deep Mission, where they were sold at an auto body shop. Because it was the oversized and flashdancing 80s, I bought a men’s size XL, cut out the collar, then completed the look with jeans and work boots. Six years later, I was single and needed something suitably hip to wear for the photo that would appear with my interview in INCREDIBLY STRANGE MUSIC. The Auto Dismemberers tee fit the bill — and by the time the book was published, I was dating the man who became my husband. A couple weeks ago, he looked up as I got into bed (the only place I wear the tee these days) and said, “I’ve always liked that shirt,” which made me realize I’ve been wearing this workhorse on a regular basis for almost 40 years. 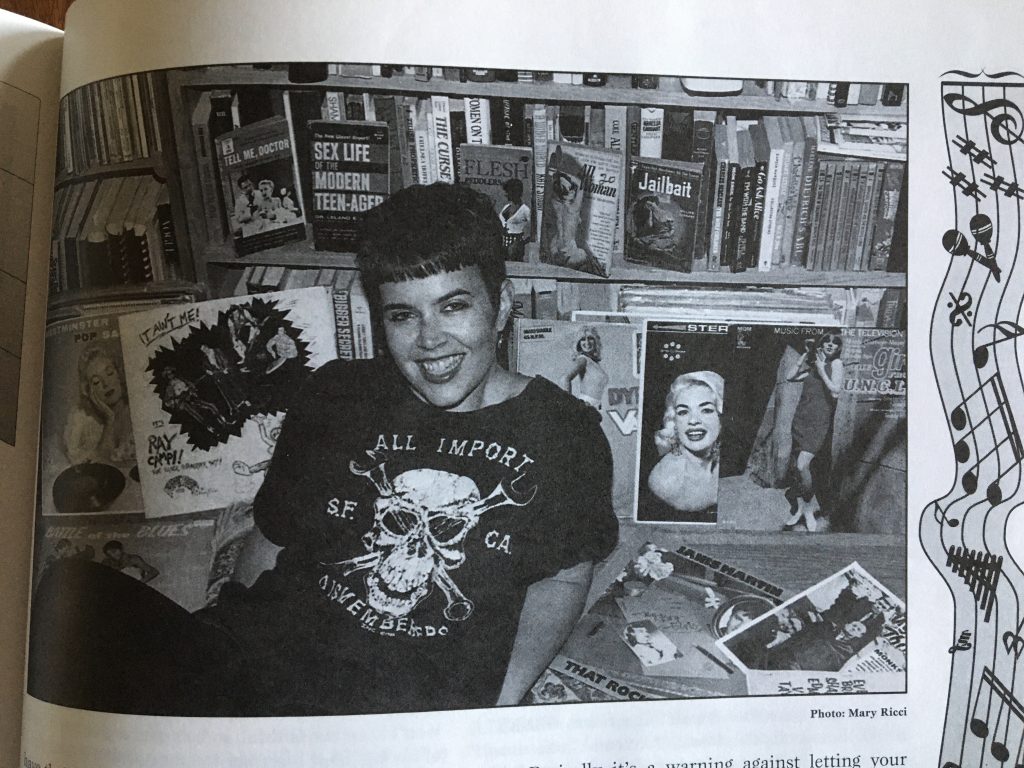